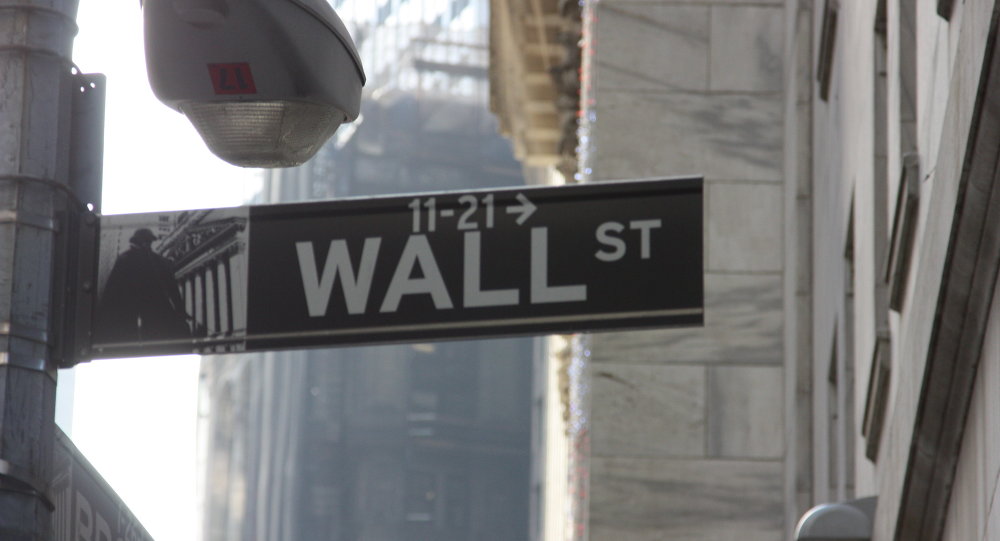 © East News / AP
Asia-Pacific Stocks Up on Financial Sector Gains, Oil Back to $60/bbl
MOSCOW, December 27 (Sputnik), Kristian Rouz — US stocks surged on Friday after Christmas break. The Dow Jones Index and S&P 500 hit their records and NASDAQ reached its 14-year high, although trading volumes were thin; oil prices declined on a stronger dollar, an oversupply of crude in the US and the slump in Japan’s oil imports.

Wall Street saw gains in its three major indices today, driven mainly by an advance in biotech and Internet shares. The S&P 500 added 0.33% with eight out of ten primary sectors on the index edging up. The Dow Jones Industrial added 0.13% and NASDAQ rose 0.7%, driven by a partial rebound in biotech shares and a moderate advance in Internet shares.

Pharmaceutical company Gilead Sciences Inc. rose 2.7% as the company repurchased its own shares after an 18% slump several days ago. Shares of Pfizer Inc added 0.7%, while biotech company Celgene surged 3.4%, becoming the best performer in the S&P 500. Regeneron Pharmaceuticals, in second place, rose 3.3%

Internet enterprises also advanced, with Groupon, Linkedin and Amazon all rising over 1.5%. Airlines also rose on the decline in oil prices, with Republic Airways Holdings adding 1.9% and JetBlue Airways rising 1.2%.

"The overall trend remains higher, but we're reaching a point where we're overbought. Six percent since last Tuesday is such a strong move in such a short period of time, even if bulls have the upper hand in the longer term," Adam Sarhan of New York-based Sarhan Capital told Reuters. 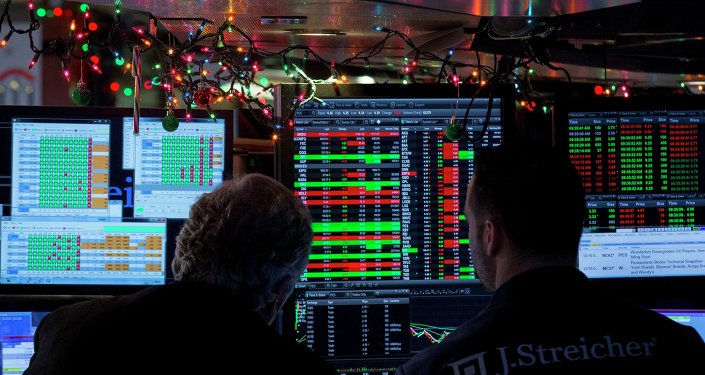 Global oil prices slid, with Brent losing $0.79 to $59.45/bbl and WTI falling $1.11 to $54.73/bbl on yesterday’s reports of the oversupply in the US; the 17.3% decline in Japan’s crude imports, in part due to a planned restart of the nation’s atomic power generation, contributed. Gas futures in the US plunged to a two-year low, below $3, as gas consumption is decreasing.

Oil declined despite the instability in Libya, where attacks carried out by local Islamist militants have disrupted the work of several oil terminals, which could possibly drive crude prices higher. Libya’s output has decreased to 352,000 bpd, roughly half of November’s average output.

"We tried to rally off of the Libyan situation, but I think that the market is still reeling from larger-than-expected inventory data," Phil Flynn of Price Futures Group in Chicago told Reuters.

© Fotolia / marrakeshh
Oil Prices Rise Amid Militant Attacks on Libyan Oil Depots
In mainland China, the economic situation has become gloomier as industrial sector profits slid 4.2% this past November down to $108.85 bln, according to official data cited by Reuters. Such a decline is the most significant since August 2012. However, overall industrial profits between January-November this year have been 5.3% higher year-on-year. China’s manufacturing is struggling due to a lack of consumer demand both at home and abroad.

“In the context of weak investment demand, stable consumption demand provided a certain degree of support; on the other hand, promoting industry restructuring is having a positive effect on efficiency,” the National Bureau of Statistics (NBS) noted.

The US dollar rose against most currencies, nearly reaching a 7.5-year high versus the yen of 120.45 yen per 1 dollar and slightly below its 2.5-year peak against the euro of 1.2183 dollars per 1 euro, as markets increasingly anticipate a US Fed interest hike in 2015.