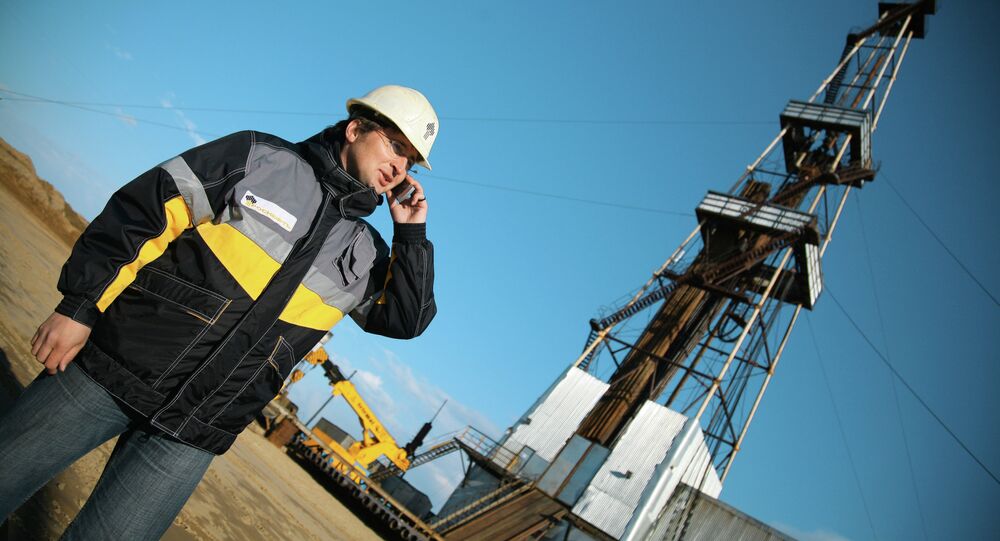 British energy company BP is going to acquire 20 percent of the shares of Rosneft's subsidiary Taas-Yuriakh Neftegazodobycha, according to media.

The parties have concluded a preliminary agreement regarding Rosneft's subsidiary Taas-Yuriakh Neftegazodobycha, the Russian news outlet reported, adding that the deal is to be finalized in the beginning of 2015.

The Rosneft's subsidiary is developing the Srednebotuobinsk oil field, one of the largest in East Siberia with estimated reserves of 135 million tons, according to the newspaper. This, as well as other oil fields in Eastern Siberia, is crucially important for Russian oil industry due to increasing exports to China, and the depletion of oil resources in West Siberia.

© Sputnik / Mikhail Fomitchev
Privatization of Rosneft Not to Occur in 2014, Issue Remains Open for 2015: Minister
Taas-Yuriakh Neftegazodobycha is a relatively new project for Rosneft. The first 35 percent stake was bought from Russian state-owned Sberbank in 2012. In 2013 Rosneft acquired the rest of the shares of Taas-Yuriakh Neftegazodobycha from several investment funds and became 100 percent owner of the company.

Rosneft has been searching for a strategic partner for Srednebotuobinsk oil field since 2013. In September 2013, Rosneft offered 30 percent of its shares of Taas-Yuriakh Neftegazodobycha to the Chinese energy company CNPC, but the parties could not agree on a price, Kommersant reported.

Rosneft is one of the leaders in Russia’s petroleum industry. Currently, the company's main shareholder (69.5 percent) is state-owned Rosneftegaz. British multinational energy giant BP owns another 19.75 percent, while the remaining 10.75 percent is publicly traded.