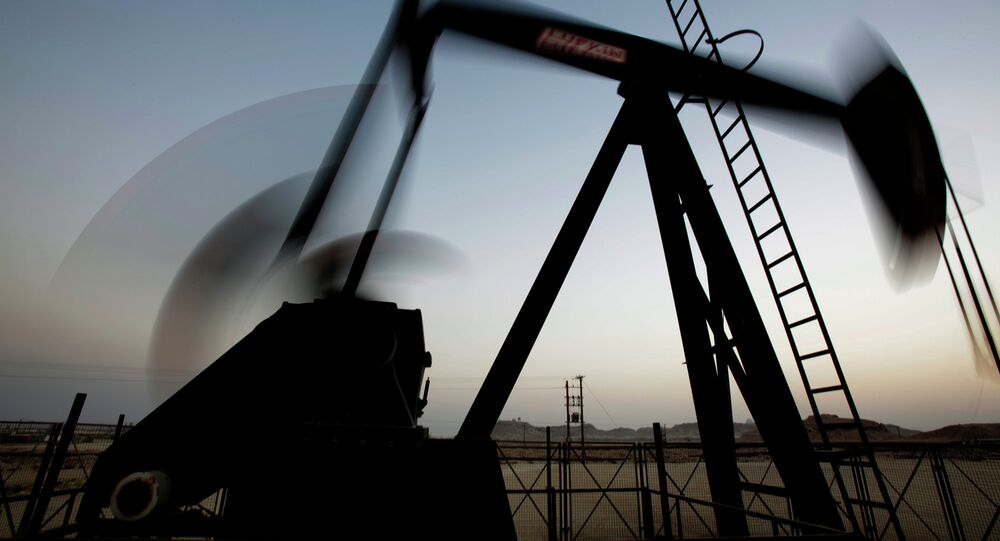 The Organization of the Petroleum Exporting Countries is not going to reduce oil production despite the negative impact decreasing oil prices has on the organization member states, Iraq's oil minister said Monday.

© AP Photo / Hasan Jamali
Plummeting Oil Prices Possible Cause of US-Cuba Deal: Experts
MOSCOW, December 22 (Sputnik) — The Organization of the Petroleum Exporting Countries (OPEC) is not going to reduce oil production regardless of the negative impact decreasing oil prices is having on several members of the organization, Iraq's oil minister said Monday, as quoted by The Wall Street Journal.

"No one's saying everything is OK. Up to now we didn't see any tension. Although there are different views within OPEC, but at the end OPEC is united," Adel Abdul-Mehdi told the newspaper during the energy conference in Abu Dhabi.

Decreasing oil prices have led to a budget deficit in Iraq. However, the country's oil minister does not consider this as a crucial economic problem.

Oil prices have been declining over the last three months, and plummeted to $60 per barrel following OPEC's decision in late November to keep production volumes unchanged.

The decline in oil prices has led to economic difficulties in several OPEC member countries such as Nigeria, Iran and Venezuela. However, the Gulf monarchies' significant currency reserves accumulated during boom years will allow them to resist any shocks in their domestic economies, according to The Wall Street Journal.