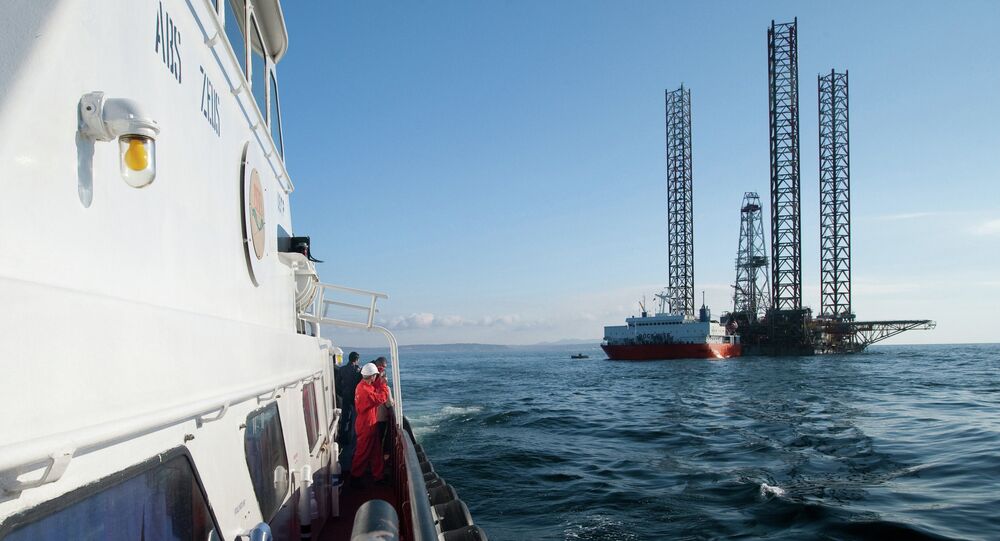 Russian and Norwegian energy giants, Rosneft and Statoil, plan to develop drilling in the Sea of Okhotsk offshore areas in 2016-2017.

"In the Kara Sea, we are planning to drill another well at the… Novaya Zemlya area. At the offshore area in the northern part of the Sea of Okhotsk that we develop together with Statoil, the drilling rigs are prepared for work," Malyshev said at the Rossiya Segodnya press center, adding that the works are scheduled to begin approximately in 2016-2017.

© Sputnik / Igor Zarembo
Nearly 50 Firms Applied for Norwegian Shelf Extraction Tender in 2014
In May 2012, Statoil signed a cooperation deal with Rosneft that included joint onshore and offshore projects, particularly in the Barents Sea and the Sea of Okhotsk.

Statoil had previously stated that the project in Norway would not be affected by Western sanctions, as the drilling was initiated before the measures went into effect. Earlier in 2014, Rosneft became one of the targets for economic sanctions imposed on Russia by the West over Moscow's alleged meddling in Ukrainian conflict.