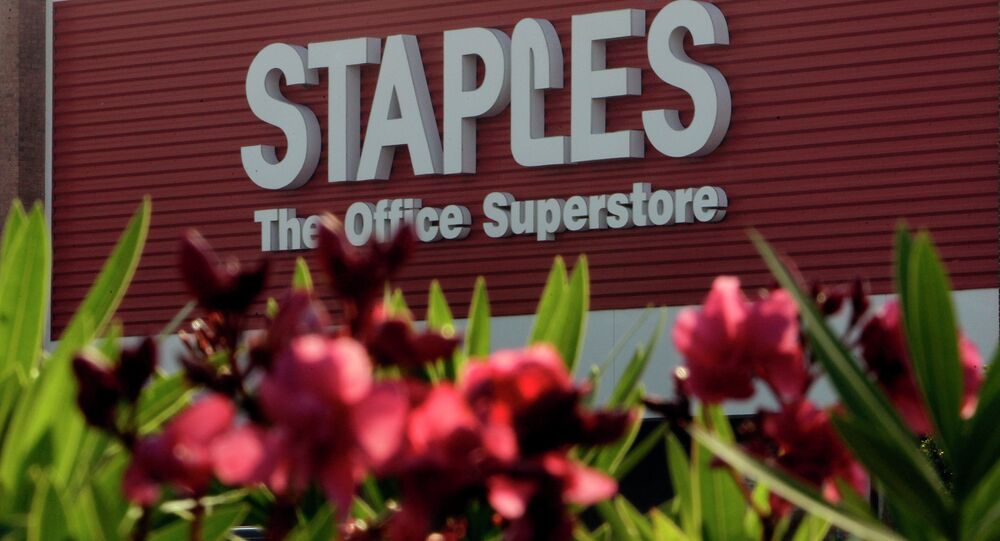 Staples Inc., an American large office supply chain store, has admitted that hackers could have stolen personal data from almost 1.16 million payment cards. The incident has become yet another data theft in a string of "high-profile" cyber attacks against US biggest supply chains.

"Staples didn't identify the attackers but said the malware got into its point-of-sale systems, which include the cash registers and terminals that handle credit card and debit card transactions. The company said it believes the hackers may have got access to shoppers’ names, card numbers, expiration dates and card verification codes," the Wall Street Journal reported.

Do you shop at Staples? Here is the full list of 115 stores infected by credit-card stealing hackers. http://t.co/CwkUt7Sgh3

Almost 115 stores of the supply chain were infected by the malware and perpetrators gained access to customers’ data from August 10 through September 16, 2014. Staples announced that it was also informed of fraudulent payment card use in four stores in Manhattan, New York, from April through September 2014, although the POS systems of the stores had not been infected.

© Flickr / UK Ministry of Defence
Washington Audit Discovers Critical Cybersecurity Risks
It should be noted that the incident has become one more case in a string of "high-profile" cyber attacks on the American biggest supply chains: for instance, a data theft at Home Depot Inc. affected almost 56 million card identities, while a year ago perpetrators obtained information from 40 million cards due to the breach into Target Corp.'s systems.

© East News / AP Photo/Manuel Balce Ceneta
US Congress Steps Up Cybersecurity Measures
According to Staples Inc.'s official statement, the company "is offering free identity protection services, including credit monitoring, identity theft insurance, and a free credit report," to those who used credit cards in affected stores of the chain.

"Typically, customers are not responsible for any fraudulent charges on their credit cards that are reported in a timely fashion," the statement says.

Assuring customers that the company is "committed to protecting customer data," Staples informs it has improved the security of its point-of-sale systems.

US Congress Steps Up Cybersecurity Measures