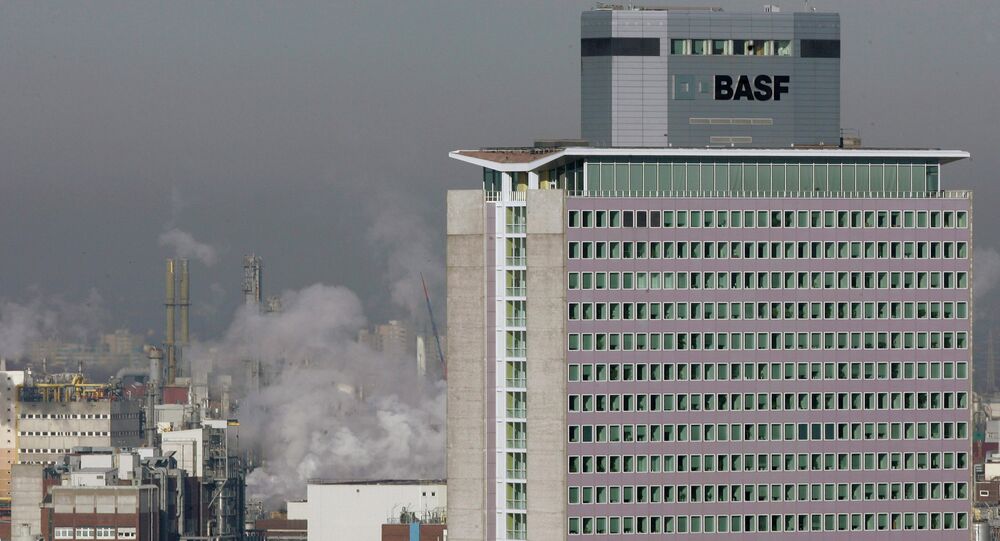 The natural gas trading business will now continue to operate as a 50-50 joint venture between Gazprom and BASF Group company Wintershall, German concern said in a press-release.

© Sputnik / Alexei Nikolskiy
Gazprom, BASF Execs Discuss Progress on Asset Swap Deal
MOSCOW, December 18 (Sputnik) — BASF and Gazprom agreed on Thursday that they would not complete the asset swap planned for the end of 2014, the German concern said in a press-release.

Through the asset swap, Wintershall, a 100-percent subsidiary of BASF, would have transferred the jointly operated natural gas trading and storage business to Gazprom.

"The natural gas trading business will now continue to operate as a 50-50 joint venture between Gazprom and BASF Group company Wintershall," BASF said.

Wintershall spokesperson told RIA Novosti that the reason for BASF and Gazprom not to complete the asset swap is the current tension in political situation.

"Due to the currently difficult political environment, BASF and Gazprom have decided not to complete the asset swap planned for the end of the year. In this uncertain political environment, we will continue our joint ventures in Europe and Russia. Together, both companies will continue to make a significant contribution to secure Europe's energy supply," the spokesperson said.

The deal between Gazprom and Wintershall is to be closed by the end of 2014, with the Russian energy producer gaining 100 percent of the WINGAS, WIEE and WIEH, joint ventures it set up with Wintershall. Gazprom will also acquire the EU's largest underground gas storage facility and a 50 percent stake in Wintershall Nordsee.

In return, Wintershall will receive 25 percent plus one share in Gazprom's two projects for the development of the Achimov gas deposits at the Urengoy field, which is estimated to hold around 274 billion cubic meters of natural gas.

Gazprom to Replace 90% of Foreign-Made Equipment in Few Years: Executive