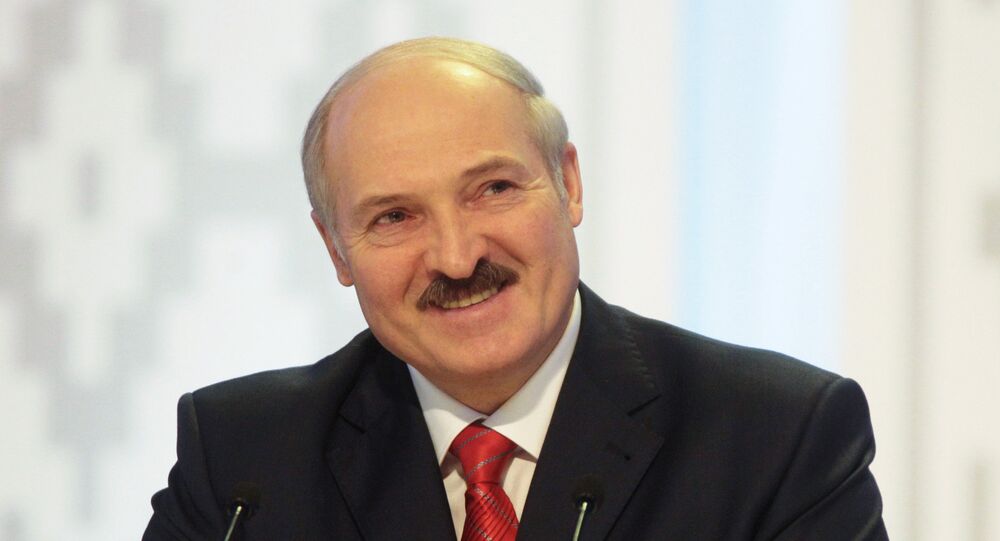 Belarusian president Alexander Lukashenko told his government to use dollars in bilateral trade with Russia instead of the Russian rubles due to the latter’s depreciation.

More than 50% of Belarusian exports are bound to Russia; traded Belarusian goods include machinery, trucks and tractors. Roughly 92% of this trade is denominated in Russian rubles. However, Russia’s currency has significantly depreciated this year, having lost about 50% its value.

"We're going to trade not in roubles, but in dollars," Lukashenko said as quoted by Belta. "We should have long ago demanded Russia pay us also in hard currency."

© Sputnik / Egor Eryomov
EEC to Consider Foodstuffs Issues Between Russia, Belarus: Ministry
Lukashenko said such a move is motivated by the fact that Russia’s trade in oil and natural gas, including with Belarus, is dollar-denominated. The Belarusian president said Russian consumers would be paying for Belarusian goods either in dollars, or in rubles in accordance with the FX rate, effective on the day of transaction.

The reason behind Lukashenko’s call might be Russia’s recent ban on the foods from the EU that Belarus used to import and then resell into Russia as its own. As Russia’s import embargo against EU-produced foods is still intact, schemes of re-exportation, practiced by Belarus, have been a profitable source of income for Minsk. At the same time, Belarus has lost $739 mln of income in trade with Russia due to the ruble’s decline.