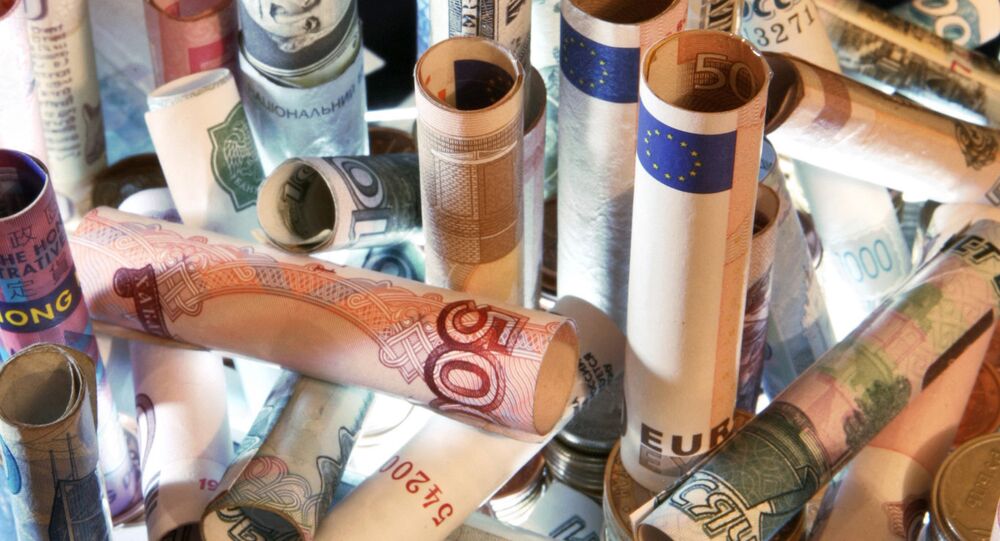 In October, the Bank of Russia and the People's Bank of China – the nations' central banks – reached a three-year agreement on currency swaps worth 150 billion yuans (over $2.4 billion).

MOSCOW, December 18 (Sputnik) — China has not sought to amend its currency swap agreement with Russia despite the recent plunge in the ruble's value against dollar, the Chinese Foreign Ministry said at a Thursday press briefing.

In October, the Bank of Russia and the People's Bank of China – the nations' central banks – reached a three-year agreement on currency swaps worth 150 billion yuans (over $2.4 billion). The Russian national currency entered a decline in July, shedding more than a half of its value.

Qin said China believes that Russia was capable of weathering the economic turmoil in the country, which he described as "temporary difficulties".

The Russian government has been taking measures to stabilize the ruble, he stressed, adding the country's low public-debt-to-GDP ratio, rich natural resources and "strong industrial base" would keep the national economy afloat.

"We have a huge potential for cooperation," he said. "The governments and companies in both countries have high hopes and are looking toward bilateral cooperation with great optimism," Qin noted.

In November, the Russian and Chinese presidents agreed large-scale cooperation between Moscow and Beijing at a meeting in the Chinese capital, including in the energy and industrial spheres.