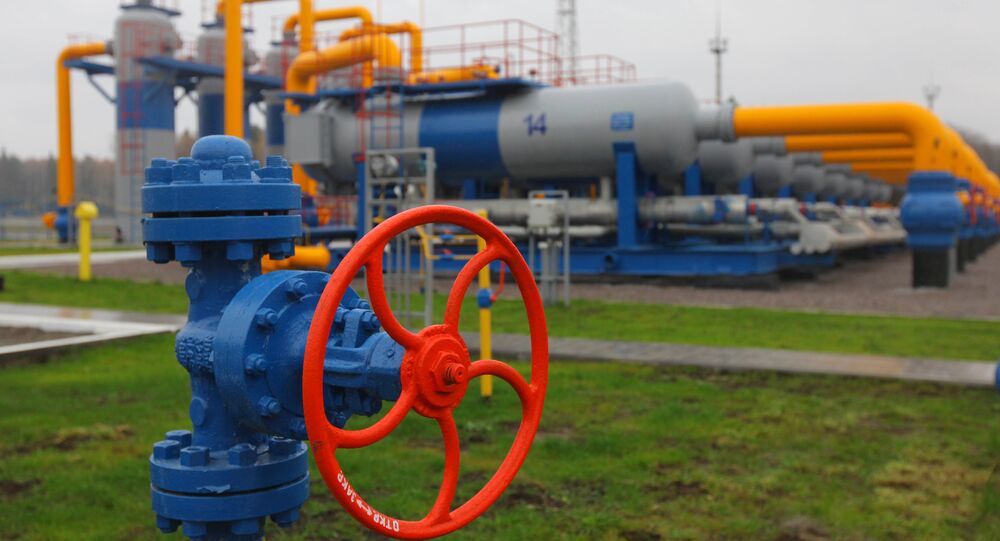 After forcing Russia to scrap the South Stream project and despite the Ukrainian crisis, the European Union now hopes that the gas delivery from Russia to Europe via Ukraine will remain stable.

"It is important that the businesses continue to cooperate, we cannot change the political climate, as much as we hope the political parties will do their utmost to end the armed conflict in Ukraine and to find a lasting solution to the problem, because that will also help the energy market," Raabe said on the sidelines of the Russian Gas Forum.

Raabe also expressed hope that Moscow and Kiev would stick to the October agreement on Russian gas supplies to Ukraine during the winter period.

"At the moment we are hoping that the transit will continue through Ukraine, and both the Russian Federation, and Ukraine, and the companies involved will stick to the agreement that was reached in October, that we will first of all get through the winter, that the agreement of October will then be followed by an agreement beyond the month of March, so that we can continue gas supply in as normal a way as possible," Raabe added.

Sergei Chuzavkov, File
Gazprom Confirms Start of Prepaid Gas Deliveries to Ukraine
In October, Moscow and Kiev reached an interim agreement for Russian gas to be supplied to Ukraine through the winter until March 2015. According to the deal, Kiev has to pay Moscow $3.1 billion by the end of 2014 to cover part of its debt. In November, Ukrainian state energy company Naftogaz paid $1.45 billion of its debt to Gazprom with the help of the European Union.

Russia's gas exporter Gazprom switched to a pre-payment scheme for the delivery of gas to Ukraine, after Naftogaz failed to pay off a $5-billion loan in June.

The already strained political relations between Russia and Europe, complicated by sanctions against Moscow due to its alleged involvement in Ukrainian internal affairs this year, received a new blow last weekend, when the South Stream pipeline project was called off.

The construction of South Stream was announced in 2012, with the pipeline's offshore section designed to go under the Black Sea, while its onshore section was to cross Bulgaria, Serbia, Hungary and Slovenia, bypassing Ukraine, and become fully operational by 2018.

The European Union repeatedly said that the project violated the bloc's Third Energy Package, according to which it is illegal to own a pipeline and produce the natural gas that flows through it at the same time. Moscow repeatedly said it saw no violation of the package's regulations.

© East News / Mikhail Metzel/AP/XMIM101
No Guarantee of EU Cooperation if South Stream Project Revived: Gazprom CEO
The suspension of the project also puts pressure on businesses in both Russia and the EU, neither of which can survive without the other even though Europe is seeking to massively augment its ability to utilize alternative energy resources, Raabe said.

Raabe stressed the importance of not letting political tensions compromise the existing close cooperation between Russian and EU energy businesses.

"The companies operating in the EU are not turning their back on Russia. We continue to see an important role for Russian gas in the EU energy mix, and we are encouraging the Russian side to help us reassure the EU customer that the supplies are secure," she said.

Europe currently relies on Russia for two-thirds of its natural gas needs.