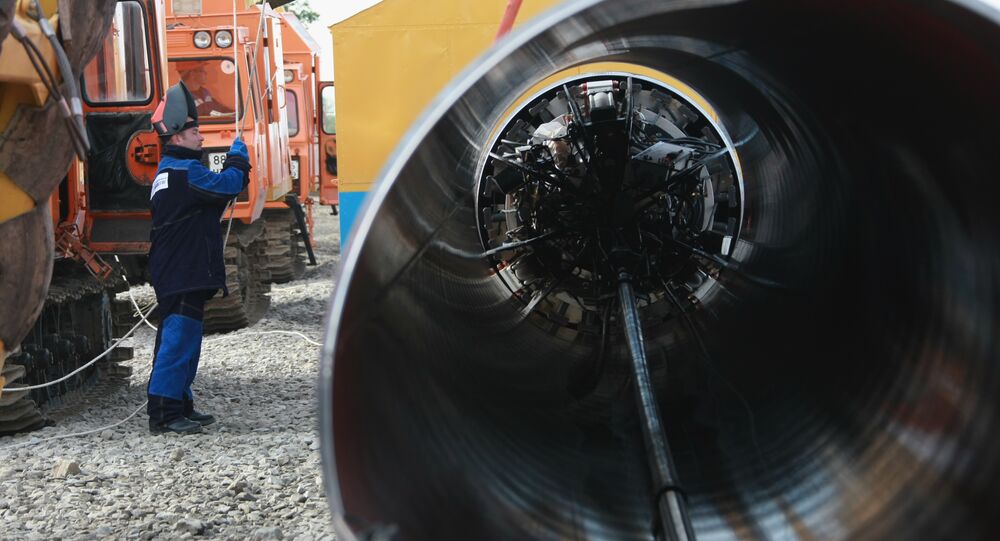 The new Slovak pipeline is expected to begin near the Slovakia-Ukraine border and stretch to the border of Bulgaria and Turkey. Reportedly, the project's purpose is to supply the Balkans with gas from sources different from Russia.

"Our interest is in the opportunity to supply the Balkans with gas from sources different from Russia," Eustream representative Vagram Chuguryan was quoted as saying by the news outlet.

According to Eustream estimates, the new gas pipeline, named Eastring, would cost the operator about 750 million euros ($928 million). The pipeline would begin near the Slovakian-Ukrainian border and stretch to the Bulgaria-Turkey border, the Slovak news outlet said.

The construction of the pipeline with an estimated capacity of 20 billion cubic meters per year is expected to be finished in three years. Eustream will reportedly present the project to the Slovak Industry Ministry by December 25, vEnergetike said.

© Sputnik / Aleksey Nikolskyi
EU States Involved in South Stream Project Ask EC to Clarify Situation
On December 1, Russian energy giant Gazprom CEO Alexei Miller announced the construction of a new gas pipeline to Turkey with an annual capacity of 63 billion cubic meters. The project presupposes that some 29 billion cubic meters of gas will be pumped to a hub on the Turkish-Greek border for customers in southern Europe.

The announcement was made the same day that Russian President Vladimir Putin announced the cancellation of the South Stream pipeline project, designed to go under the Black Sea from Russia to Europe, in light of the European Commission's "non-constructive" stance on the matter.

The European Commission has repeatedly stated the project violates the European Union's Third Energy Package, which stipulates that owning a pipeline and at the same time producing the natural gas that flows through it is a conflict of interest. Moscow has objected, saying that the project complies with the regulations.