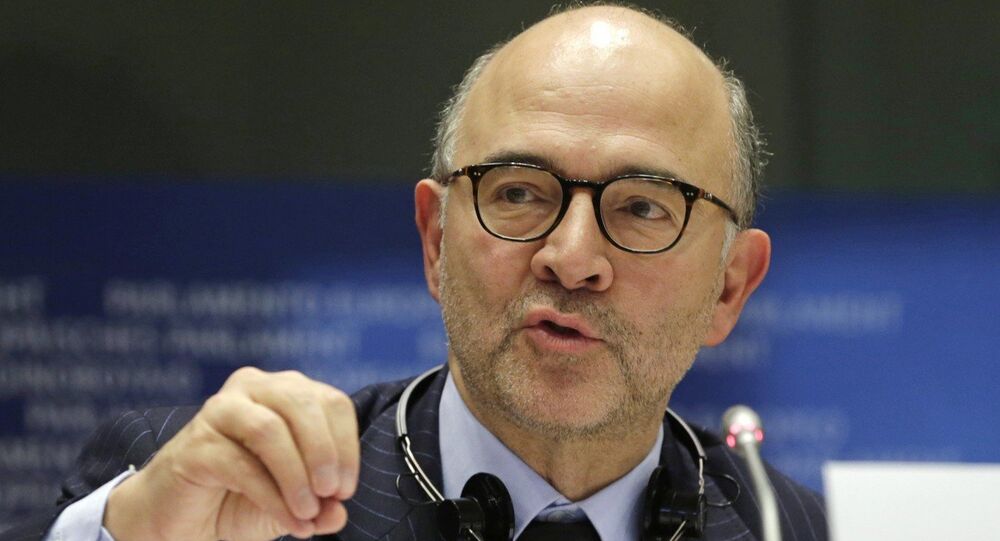 According to the Financial Times quoting sources in the IMF, a 7 percent drop in Ukraine’s GDP and a disruption of exports to Russia, the country’s biggest trading partner, have contributed to the fiscal gap.

© Sputnik / Evgeny Kotenko
Ukraine Hopes to Receive Next IMF Loan Tranche in 2014: National Bank
MOSCOW, December 10 (Sputnik) — The International Monetary Fund (IMF) calculates that to avoid a financial collapse, $15 billion is needed for Ukraine in a matter of weeks, the Financial Times has reported, quoting sources in the IMF.

A 7 percent drop in Ukraine’s gross domestic product (GDP) and a disruption of exports to Russia, the country’s biggest trading partner, have contributed to the fiscal gap, the newspaper stated Tuesday, adding that those factors have led to large capital outflows and a rundown in central bank reserves. Before the start of political unrest in the eastern Ukraine, those regions accounted for around 16 percent of the country's economic output.

AP/FOTOLINK
Yatsenyuk: Ukraine to Continue Budget Cuts on Welfare Spending
Arseniy Yatsenyuk, Prime Minister of Ukraine, said on Tuesday that his government was prepared to put in place belt-tightening measures, such as spending cuts and a crackdown on the shadow economy. He added that his government was not begging for money, but considered IMF as a partner.

Ukraine, currently on the verge of default, is facing a grave economic crisis. Kiev is hoping to save its economy with international financial aid. The additional funding would add to the $17 billion IMF made available in April that is expected to last until 2016. Since then, Kiev has received $8.2 billion in funding from the IMF and other international organizations.

Ukraine May Not Receive Next IMF Tranche Until 2015: Spokesperson