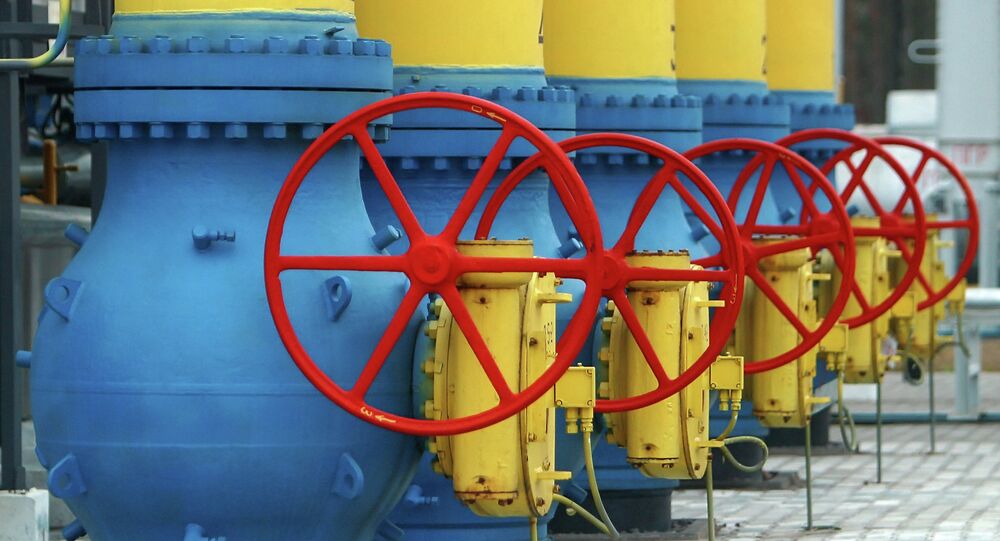 Kiev is ready to purchase 1 billion cubic meters of Russian gas at an approximate price of $378 million, according to Ukraine's energy minister.

© Sputnik / Ilya Pitaliov
Gazprom to Supply Gas to Ukraine Only With Debts Paid Off by End of 2014
KIEV, December 5 (Sputnik) – The Ukrainian government will pay $378 million to Russia Friday for the delivery of 1 billion cubic meters of gas by the end of the year, the Ukrainian energy minister said Friday.

“The money for gas will be paid today. We plan to purchase 1 billion cubic meters by the end of the year, at an approximate price of $378 million,” Volodymyr Demchishin said.

Ukraine has been receiving gas through reverse flows from a number of European states since Moscow switched Kiev to a prepayment system in June, due to Kiev's owing $5.3 billion in unpaid gas bills.

In late October, Ukraine, Russia and the European Union reached an interim deal on the delivery of Russian gas to Ukraine in winter months. However, Ukraine has not yet started purchasing Russian gas, and is currently using its own reserves and reverse flows deliveries.

Earlier, Kiev pledged to pay a total of $3.1 billion to cover part of its outstanding debt to Russia's energy giant Gazprom by the end of 2014. In November, Ukraine's national energy company Naftogaz transferred the first $1.45 billion tranche of its gas debt to Russia.