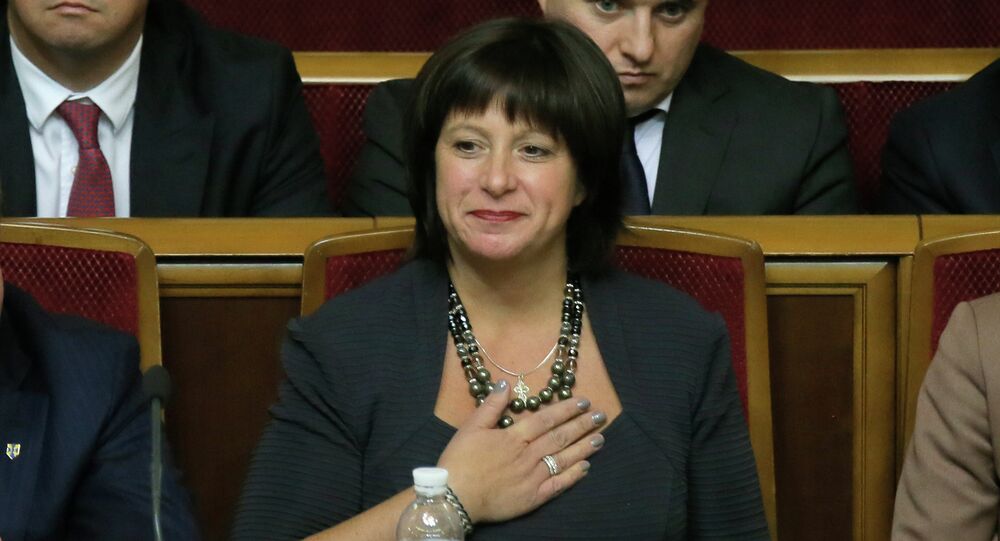 The US-born Finance Minister hopes Ukraine's economy will start to grow in 2016 and asked Ukrainians to have reasonable expectations.

"We asked the Ukrainian people to have reasonable expectations, but then to also understand that our goals are to take care of the things now that we can so that we can ensure that in 2016 we resume economic growth," Natalie Jaresko told reporters in Kiev.

The World Bank said in its October forecast that Ukraine's economy was likely to shrink by 8 percent this year and contract further by one percent in 2015 because of the ongoing armed conflict in the east of the country.

© REUTERS / Yves Logghe
European Commission Issues 500 Mln Euros to Support Ukraine: Statement
As a result of the ongoing political crisis in the country, Ukraine has found itself on the verge of a default. Kiev authorities are trying to rescue the country's economy with international loans, with the second of the two European Commission's tranches having arrived earlier in the day.

Wednesday's disbursement was the final tranche of the European Union's 1-billion-euro ($1.2 billion) Macro-Financial Assistance program for Ukraine. The payment came on top of the 860 million euros provided to Ukraine earlier this year within the frameworks of the European Union 's two ongoing macro-financial support programs.