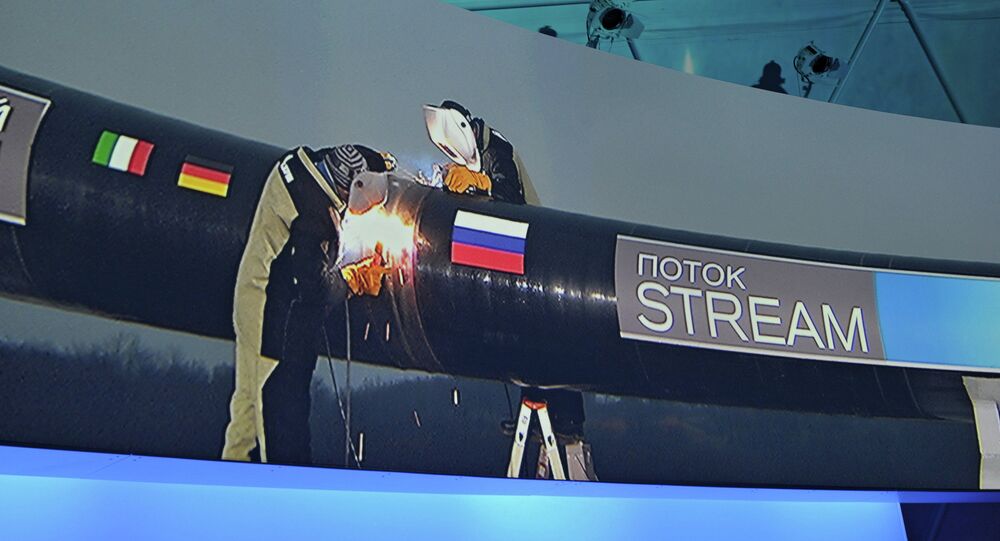 Bulgaria has a chance to win back its energy independence by implementing three gigantic projects: Burgas-Alexandroupoli, South Stream and Belene, the former Bulgarian energy minister said.

"Bulgaria has a chance to win back its energy independence by implementing three gigantic projects: Burgas-Alexandroupoli, South Stream and Belene. Alas, we've lost this chance. And there's no alternative to it. The country's leadership acted inadequately and foolishly. And, unfortunately, Bulgaria emerged as a loser," Ovcharov said.

Speaking in Ankara on Monday, Russian President Vladimir Putin announced the closure of the South Stream pipeline project in light of the European Commission's "non-constructive" stance on the matter. He said Russia and Turkey were instead mulling a gas hub on the Turkish-Greek border.

© Sputnik / Ramil Sitdikov
Bulgaria’s Lawmaker Hopes Russia’s Decision on South Stream Not Final
The pipeline was to run under the Black Sea to southern and central Europe, making landfall in Bulgaria. Sofia is now calculating its losses in missed transit fees.

"It's all over," Ovcharov said. He compared the row over the South Stream to Gazprom's Blue Stream gas pipeline, which is designed to deliver Russian natural gas directly to Turkey across the Black Sea.

"Bulgaria did not believe it could have been bypassed. But the gas went to Turkey and Bulgaria earned nothing from it."

Bulgaria's former energy and economy chief said he did not expect Russia to lose much from the failed project.

Gazprom
European States May Face 'Disaster' Due to South Stream Cancellation: Czech Gas Company
"I don't think Russia will lose from terminating the construction, while Bulgaria will have it worse. At the beginning of the project we managed to convince Russia that we were reliable partners. It met our request to lay the pipeline across the seabed, despite tripling the cost of the project," Ovcharov said.

He stressed Russia was seeking a southern European partner for its project, since at that time Turkey was deemed a "US satellite."

"The situation has now changed. Turkey is way more independent from Washington's dictate. Priorities have been reversed," Ovcharov noted.

Speaking with Bulgaria's Nova television network, Ovcharov said earlier in the day that under existing transit fees, the country would lose about $600 million a year. The sum was calculated from the eventual transit of 63 billion cubic meters that the South Stream pipeline was to carry annually.