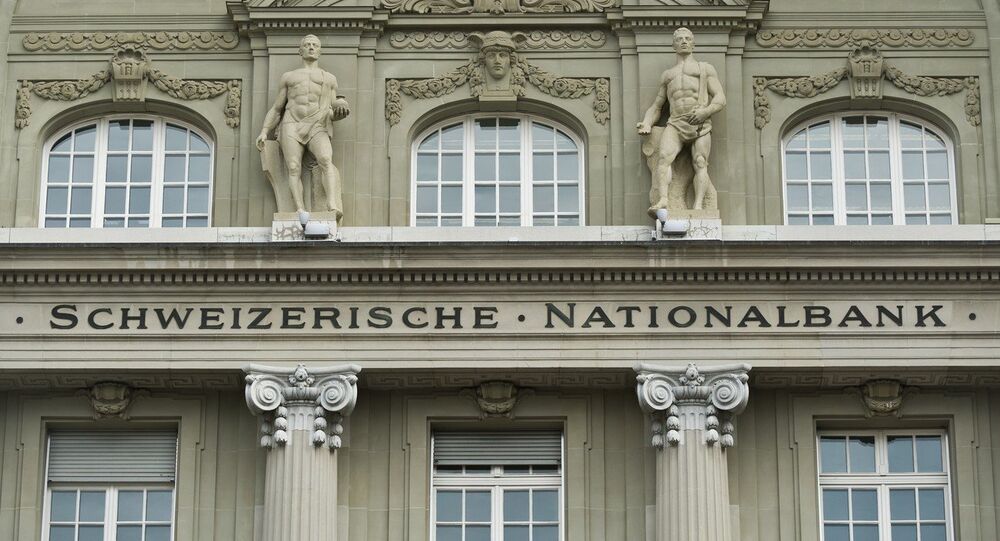 The Swiss National Bank conducted a very fierce anti-campaign aimed at convincing the voters to reject the idea of their country's return to a modified version of the gold standard, the founder and managing partner of GoldSwitzerland asset management company said.

© REUTERS / Ruben Sprich
Swiss Vote No in Referendum on Boosting Central Bank's Gold Holdings
MOSCOW, December 1 (Sputnik), Daria Chernyshova — Swiss National Bank has conducted a fierce campaign in Switzerland to persuade the people that gold repatriation, keeping state’s assets in gold and ban on further sales of gold, was a bad idea, which resulted in a No-vote this Sunday in “Save Our Gold”, a key campaigner Egon von Greyerz told Sputnik on Monday.

“What has happened in the last eight weeks, I would say is that the Swiss National Bank has conducted a very fierce anti-campaign and some members of the Swiss National Bank and the President Thomas Jordan has been in the media virtually every day in order to tell the people that this is very bad for the Swiss economy and it is bad for jobs, and therefore they should reject it,” Egon von Greyerz, founder and managing partner of GoldSwitzerland asset management company said.

© REUTERS / Ruben Sprich
Switzerland in Historic Vote on Saving Gold Reserves
On Sunday, over 77 percent of Swiss voters chose not to oblige the country's central bank to boost its gold holdings to 20 percent and store the reserves inside Switzerland at a nationwide “Save Our Swiss Gold” referendum held Sunday.

“And of course, the Swiss National Bank has a very good reputation in Switzerland because the Swiss economy has been well-managed, and therefore the Swiss people listened to them and it was very difficult for the yes-fight to get the same type of publicity or to actually make their views clear to the public,” Egon von Greyerz told Sputnik.

“In 2011 they printed a lot of money — more money than any Central Bank in Europe, or in the world, relatively. They [Swiss National Bank] have a balance sheet now which is 500 billion Swiss Franc which is about 80 percent of Swiss GDP, which is bigger than any other bank,” Egon von Greyerz said, adding that the printed money were then sold to buy euros, which means a strong franc is not in the best interest of Switzerland.

So that a yes-vote would have threatened the reputation of the Swiss National Bank and the value of the Swiss Franc.

© Sputnik / Vitaliy Bezrukikh
Gold Repatriation from US to Result in Higher Gold Prices, Weaker Dollar: Broker
Gold repatriation has become a popular initiative in Europe on the back of fears over a new crisis in the global economy, as debt levels are growing in world’s largest economies. The Netherlands has moved 122 tons of gold worth $5 billion from New York, and similar demands are now being made in France. Last year, Germany asked to have 680 tons of gold repatriated, which is mostly kept in the United States, but some also in the United Kingdom and France. Berlin receive only 5 tons, with the promise to get the rest back by 2020.

“And even those 5 tons Germany got back was not the same they had given to the Fed, those were newly cut bars. So it does mean that the Fed clearly did not have anywhere near the gold necessary to send back to Germany. Because it was most probably either leased to the market or sold – this is what central banks are doing – they are lending gold to the market or selling gold in order to push the price of gold down,” Egon von Greyerz said stressing that there is a tremendous shortage of physical gold in the world.

“One day when the people who hold paper gold ask for delivery, there will not be any physical gold to deliver.

He also noted that the United States appears to be incapable to return the gold reserves that have once been entrusted by the central banks. Moreover, according to Egon von Greyerz, the United States might not even have the 8,000 tons of their own gold. 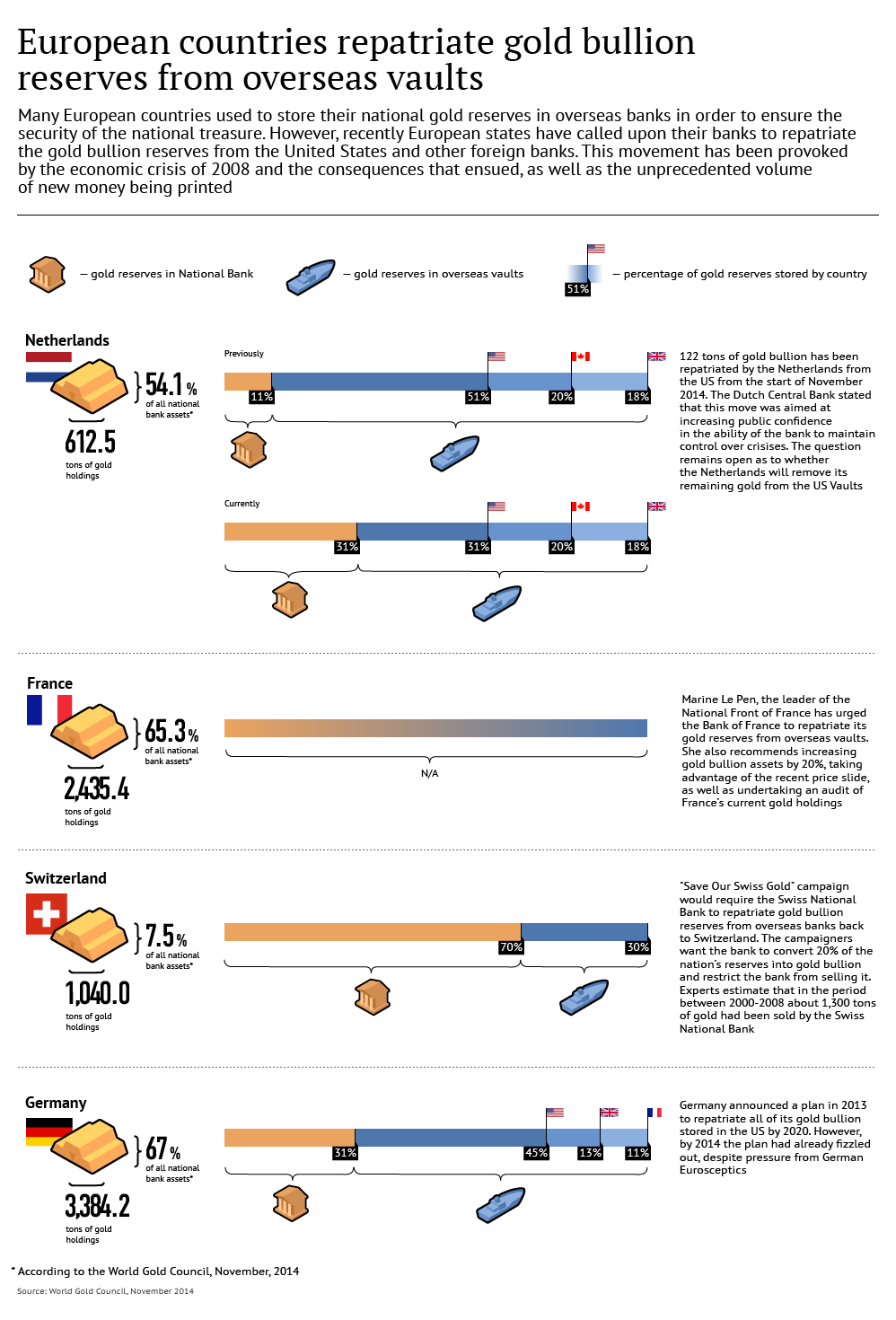