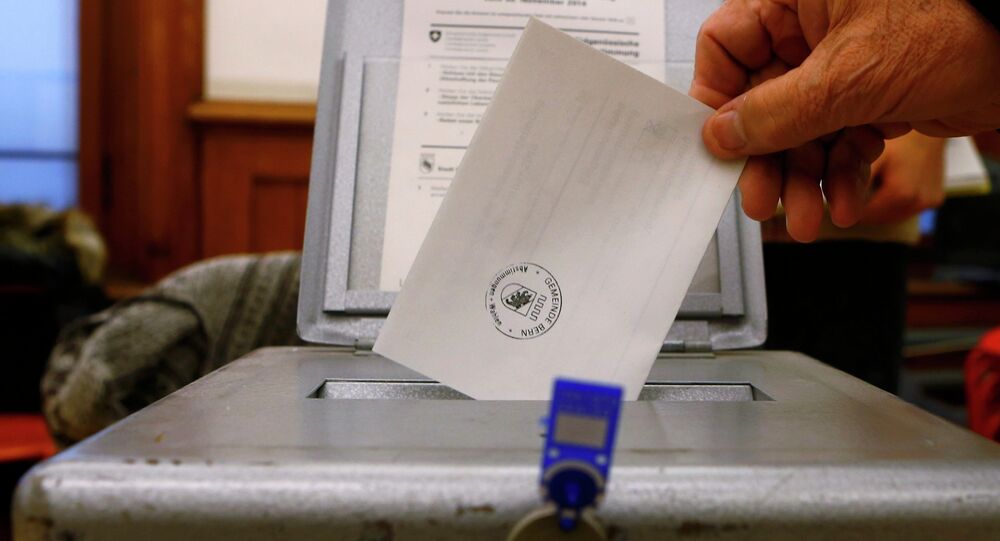 More than 77 percent of Swiss voters have rejected the idea of their country's return to a modified version of the gold standard.

© REUTERS / Ruben Sprich
Switzerland in Historic Vote on Saving Gold Reserves
MOSCOW, November 30 (Sputnik) — Swiss voters chose not to oblige the country's central bank to boost its gold holdings to 20 percent and store the reserves inside Switzerland at a nationwide referendum held Sunday.

As many as 77.3 percent of Swiss voters have rejected the idea of their country's return to a modified version of the gold standard that means that the money supply of the country should be tied to gold, according to Neue Zurcher Zeitung that displayed the results of all cantons published on their official websites.

The "Save Our Swiss Gold" initiative that was put to a referendum was aimed at forbidding the Swiss National Bank (SNB) to sell its gold reserves and obliging the institution to store the gold in Switzerland. In addition, it suggested that the SNB store at least 20 percent of its total assets in gold.

Voters showed the weakest support for the initiative in the most western Vaud canton (17 percent), while the population of the southern Italian speaking Ticino canton supported it more than the rest of the country (33.3 percent).

© Fotolia / Ded Pixto
European Nations Repatriate Gold Reserves From United States Vaults
According to the Gold Switzerland website, a No vote will imply a continued dependence of the Swiss franc on the euro and a possible weakening of the national currency. In addition, Swiss economic policy will depend more on the EU line, while the rise of inflation will lead to higher prices. Moreover, the United Kingdom and Canada will continue to store around 30 percent of the Swiss gold.

The Sunshine Profits company, providing gold market analysis, assessed that the "Save Our Swiss Gold" campaign could have made Switzerland the world's third largest holder of gold reserves after the United States and Germany.

Research director of the world's leading gold broker Gold Core Mark O'Byrne has told Sputnik that a significant increase in the demand for gold could not only raise its price globally, but also reduce dependence of the Swiss franc on euro. He also added that the trend on repatriation of gold reserves could hurt the United States, which has been storing European gold since the 20th century.