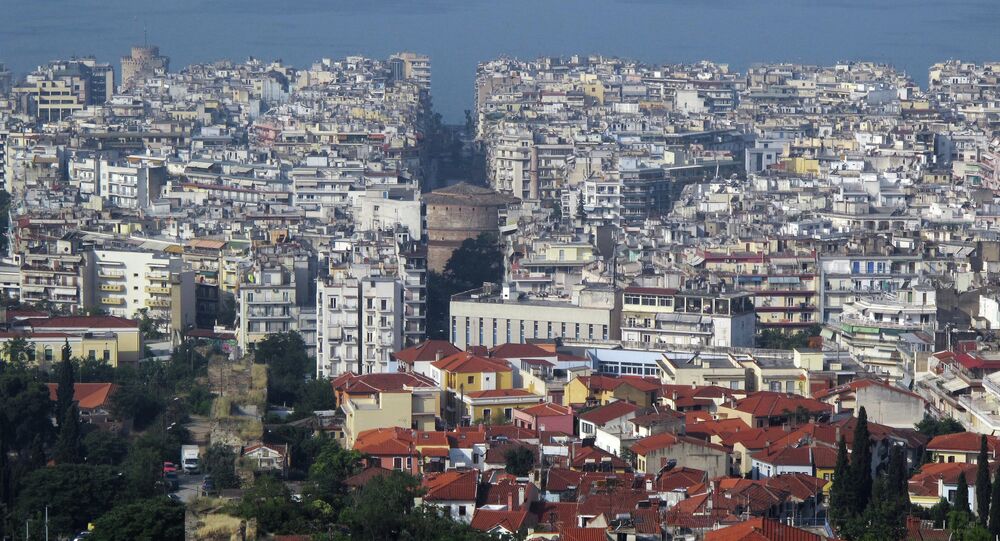 Greek officials will hold talks with the 'troika' of international inspectors in Paris on Tuesday, November 25. Greece's government wants to exit its EU/IMF bailout program a year ahead of schedule in order to prevent the implementation of new austerity measures.

MOSCOW, November 24 (Sputnik), Ekaterina Blinova — Greek officials are preparing for the meeting with its troika of international inspectors in Paris on Tuesday, November 25, in order to discuss a bailout review issue.

International Monetary Fund
IMF Allocates $28 bln to Greece
"Late last night it was agreed that there will be a meeting on Tuesday in Paris of the Greek negotiating team with the (EU/IMF) troika chiefs in order to advance the review and examine the framework for the day after," stated Gikas Hardouvelis, the Greek finance ministry, as quoted by Reuters.

Talks between Greece and representatives from the European Commission, the International Monetary Fund and the European Central Bank stalled in late October, "hamstringing Greece's hopes of negotiating an exit to its current bailout program by the end of the year," the Wall Street Journal notes. Citing Greece's steady economic growth, the government intends to leave the bailout program and "scale back the degree of control international authorities exercise" by the end of 2014, the media outlet stresses.

"The troika sees the government’s budget deficit next year at closer to 3% of GDP and has asked Greece to make somewhere between €1.8 billion [$2.23 billion] and €3.5 billion [$4.34 billion] in additional cutbacks for 2015," the Wall Street Journal emphasizes.

According to Reuters, in order to exit its EU/IMF bailout program, the country should "wrap up the current bailout review" as soon as December 8, 2014. However, the possibility that Greece may miss the deadline has already caused national concern.