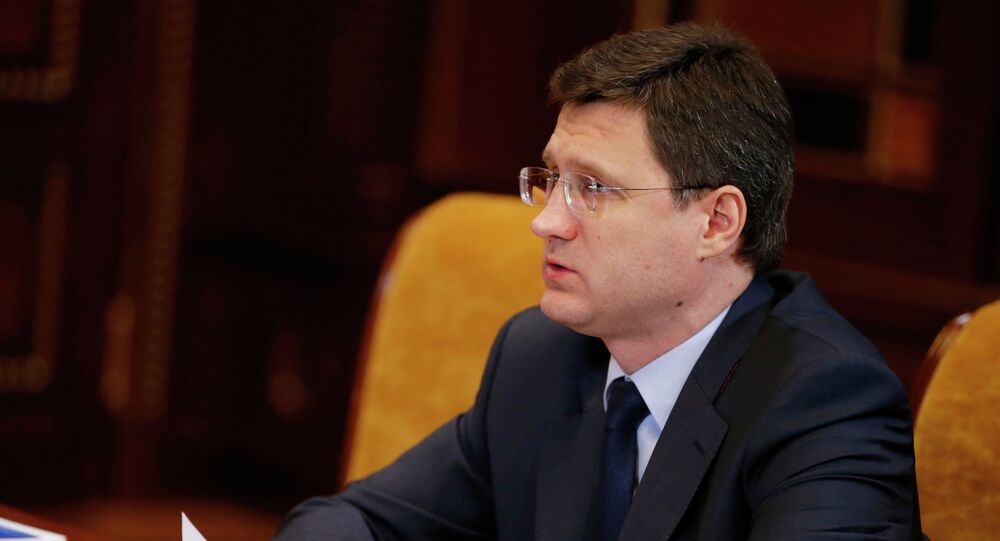 Russian Energy Minister Alexander Novak stated that Ukraine has not yet started to purchase Russian gas and acting unreasonably.

"It is rather warm there [in Ukraine] right now, so they are using their own gas and the reverse gas deliveries [of Russian gas, coming from Europe]. We think that it is not quite right… In our opinion, they are acting impractically," Novak said stressing that by delaying the gas purchases Ukraine increases the risk of technical problems during the winter period.

"When it gets cold, there will be less pressure and much less gas volume there [in Ukraine's underground gas storage], than if they had maintained the volume and used deliveries," the Russian minister explained.

"They [Ukrainian authorities] will probably have to limit a certain number of customers," Novak added.

The minister said that Ukrainian side is ready to make an advance payment for Russian gas by December 1.

Ukraine currently receives gas only through reverse flows from a number of European countries, as Russia has switched Ukraine to gas prepayment system in June over its massive debt.

Earlier in November, Ukrainian Energy Minister Yuriy Prodan said that Ukraine was planning to buy about 1.5 billion cubic meters of gas from Russia by the end of 2014. The purchase will start as soon as it gets cold, most likely on December 1, he added.

Gas volumes accumulated in the Ukrainian underground storage, as of November 20, amount to 14,998 billion cubic meters. On October 20, Ukraine started using its reserves due to the start of the heating season.

According to the Russian side, to survive winter using only its own reserves Ukraine needs at least 18-20 billion cubic meters of gas.