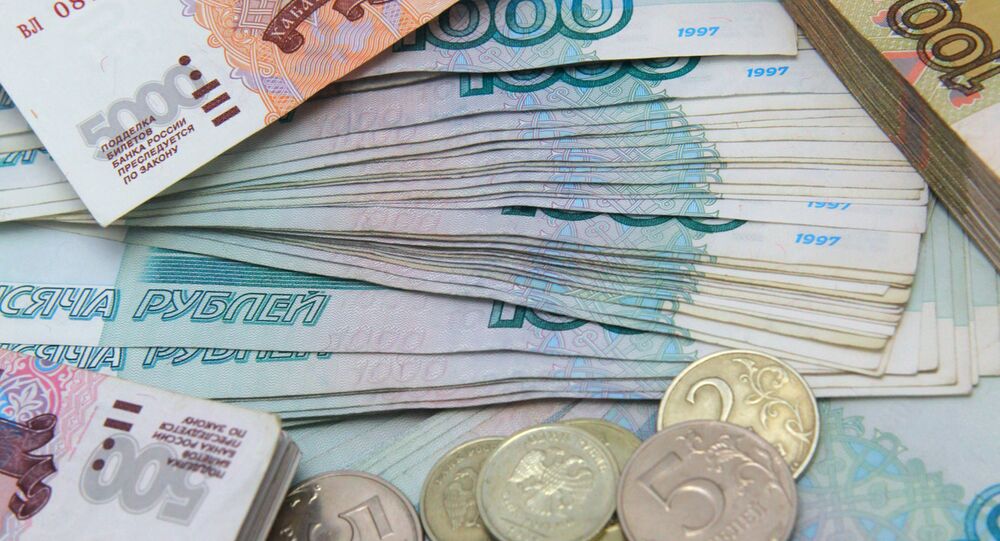 Statistics from the Russian Federal Statistics Service have confirmed continued industrial growth expansion in the month of October, and that average wages have kept up with inflation.

Rosstat statistics indicate that industrial output grew by 2.9 percent in the month of October year-on-year compared with 2013; this figure was at 5.1 percent in September. The International Center for the Study of Institutions and Development at the Higher School of Economics has noted that industrial growth is largely related to government orders, including orders in the defense sector, Rossiyskaya Gazeta explained.

At 32,250 rubles (about $705 US), average monthly salaries have also shown growth, up 8.6 percent compared to last time this year, Rosstat has found.

The statistics service has also found that unemployment has fallen by 6.6 percent compared to last year, although between September and October 2014 it rose by 4.1 percent, and is presently at 3.9 million people, or 5.1 percent. According to the data, 75.9 million people (53 percent of the population) are currently economically active, Rossiyskaya Gazeta noted.

Economic growth in the third quarter has slowed to 0.7 percent; continually rising consumer demand and a boom in housing construction are holding off a dip into negative growth rates. The Russian Ministry of Economic Development had earlier projected growth of 0.5 percent for the year, while the Central Bank recently lowered its estimate from 0.4 to 0.3 percent.  Retail trade turnover in the first 10 months of 2014 grew by 2.2 percent compared with 2013, totaling 22.3 trillion rubles ($487 billion).

The data follows the Russian Ministry of Economic Development’s statement about a week ago that inflation would reach about 9 percent for the year, and presently sits at about 8.5 percent.

Earlier this month, the Russian Central Bank made the decision to drastically decrease its support for the country’s currency, scaling down currency interventions and announcing a move to a floating exchange rate. Elvira Nabiullina noted earlier this week that the country’s financial system is strong, and is “prepared for considerable fluctuations in the prices of oil or other outside factors.”

Russia’s economy has showed signs of a slowdown this year; this has been attributed to present geopolitical tension and the continuing decline in oil prices. President Vladimir Putin and Finance Minister Anton Siluanov have repeatedly noted that the country’s budget for next year will be implemented regardless of inflation, oil prices and other factors, with no decline in social sector expenditures.