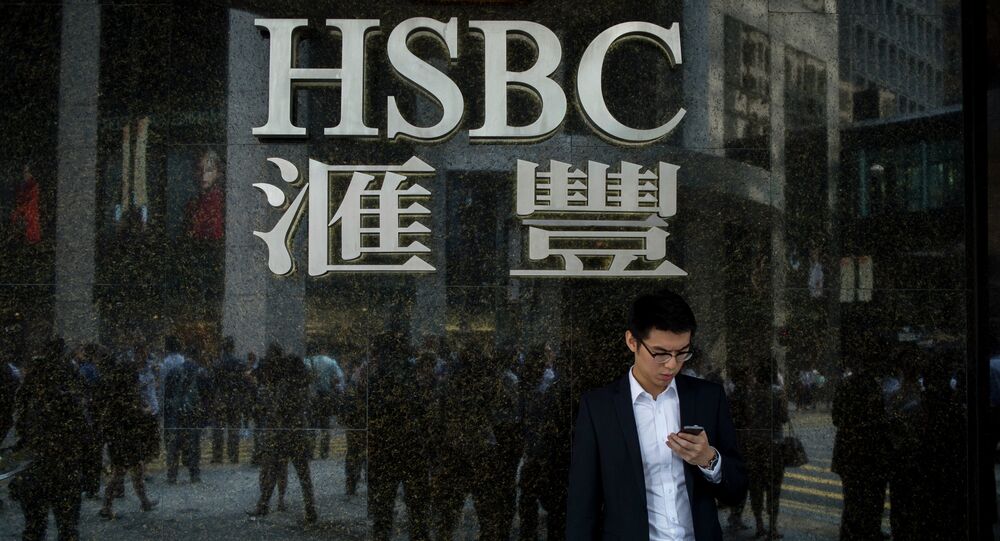 MOSCOW, November 17 (Sputnik) — Belgian prosecutors have given notice of formal charges filed against the Swiss division of financial giant HSBC Holdings in connection with assisting high-income tax residents of Belgium evade taxation to the amount of billions euros, which is yet another criminal investigation into fraud and money-laundering against the Swiss banking giant.

Belgian judicial investigator Michel Claise has accused HSBC Private Bank SA (Suisse), a subsidiary of banking corporation HSBC Holdings of aiding several hundreds of its Antwerp-based clients, among whom are diamond dealers, to illicitly move their money from Swiss bank accounts to offshore holding companies, mostly in Panama and the British Virgin Islands. This capital offshoring was undertaken as a tax evasion scheme, the prosecution alleges, according to a Wall Street Journal report.

This capital flight came about in order to avoid taxes after an agreement to exchange information of bank accounts between the European Union and Switzerland was concluded. Prior to that agreement, many wealthy EU citizens holding money abroad enjoyed the absence of taxes on income generated by their Swiss bank deposits.

The judicial investigation is now underway in regard to accounts of more than a thousand Belgians. The next step in the investigation will be interrogations of HSBC Suisse employees.

No commentary have been provided by HSBC yet.

India to Re-Emerge as UAE’s Top Export Destination by 2030: HSBC