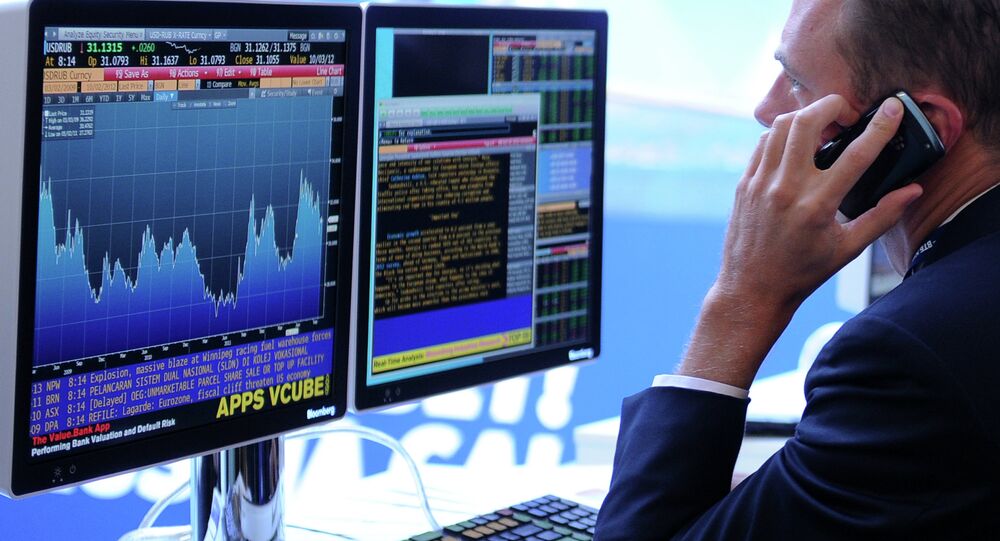 The State Bank of Pakistan has lowered its basic interest rate to 9.5% to boost economy, as inflation eases due to low oil prices, which will help the nation continue the IMF-backed reform and ease political tensions.

MOSCOW, November 15 (Sputnik) — The Pakistani central bank has cut its interest rate as subsiding inflation is providing an opportunity for monetary easing and the nation is about to issue Islamic bonds on the global market.

The key interest rate of the State Bank of Pakistan was lowered by 50 basis points, to 9.5% on Saturday, according to the Bank’s statement. The regulator based their move on the global raw material markets and low impact of recent negative weather conditions.

Inflation in Pakistan has sharply decreased to 5.8% in October, amid the abundance of food supplies, falling raw material prices, oil in particular, as well as low inflation expectations among consumers which contributed to a lower demand and, as a result, steadier prices growth.

“Given its recent downward trend, the likelihood for inflation to end the current fiscal year on a lower plateau is high,” Pakistani Central Bank said.

Favorable external economic conditions have provided the Pakistani PM Nawaz Sharif with a unique opportunity to boost its national economy amid the protests demanding his resignation, which have already lasted for four months. Last week, the IMF said Sharif’s economic program is “broadly on track” as the government has met most performance criteria.

“Economic indicators are improving, with growth expected to reach 4.3 percent in fiscal year (FY) 2014/2015, inflation on a downward trajectory, and credit to the private sector expanding at a robust pace,” the IMF said. “The rapid build-up of gross reserves which rose from $5.4 billion at the end of March to $9.1 billion by the end of June 2014 stalled thereafter due to delays in divestment and sukuk transactions and the effects of political uncertainty on capital flows.”

The IMF hinted at the necessity of a decisive political action in order to further bolster Pakistani economy, and today’s interest cut is a first policy measure of monetary easing, with more forthcoming.

“Inflation is so low that there’s no justification for such a high rate,” Sana Abdullah of Global Securities Pakistan Ltd. in Karachi said as quoted by the Malay Mail Online. “Falling oil prices will also lessen the burden on our oil import bill,” he added.

As the economy of Pakistan is improving, the IMF is planning on providing another tranche of $1.1 billion to the nation in December, along with another package of suggested reforms. Pakistani GDP will expand 4.3% through to at least June 2015 compared to 4.1% growth the previous year.

Favorable external conditions is also pushing Islamabad to issue government bonds, amounting to $500 million, according to Pakistani FM Ishaq Dar. This move will increase the nation’s FX reserves, which have grown to $14 billion in September from $8.7 billion in late 2013.

Political opposition to PM Sharif is losing ground amid the success of the economy, and the opposition leader Imran Khan, who claims Sharif forged the last year’s election results, said he will lay out a new strategy at some point after November 30 to leverage further pressure on Sharif.