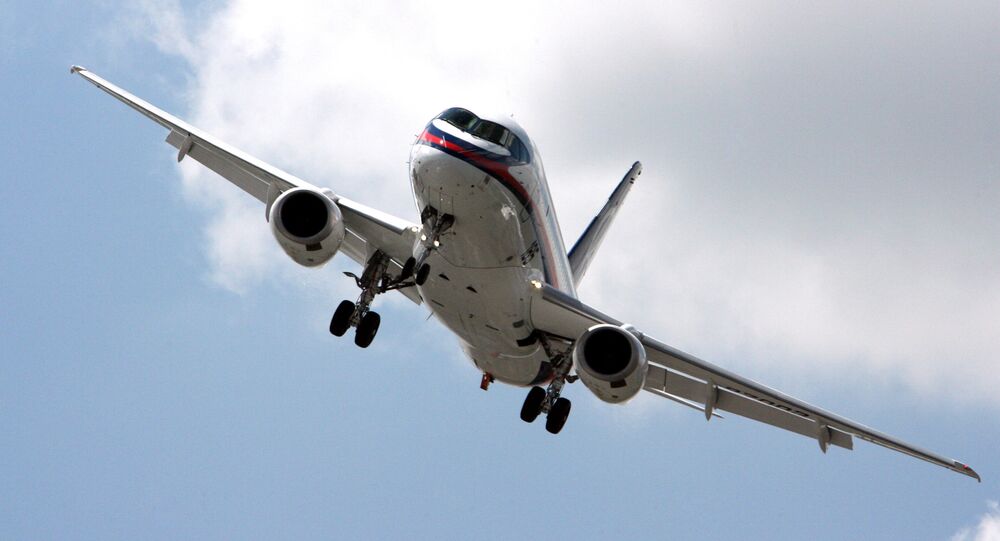 According to Russia's Parliamentarian speaker, the country is ready to increase the supply of Sukhoi Superjet 100 regional jet airliners to Indonesia.

JAKARTA, November 12 (RIA Novosti) – Russia is ready to increase its deliveries of Sukhoi Superjet 100 (SSJ-100) airliners to Indonesia and to extend its cooperation with the country in nuclear energy, Valentina Matvienko, speaker of the Russian parliament’s upper house, the Federation Council, said Wednesday.

“We are ready to increase the supply of regional jet airliners Sukhoi Superjet 100 to Indonesia. The opportunity for Russia’s involvement in Indonesian nuclear power creation, particularly building the first nuclear power plant in the country with [Russian Atomic Energy Corporation] Rosatom’s participation is also being studied,” Matvienko said during her speech at People's Consultative Assembly of the Republic of Indonesia.

The speaker recalled that the Russia-Indonesia trade reached almost $3 billion in 2013, with leaders of both countries agreeing to increase this amount to $5 billion within two years.

“This level is quite real. The agenda includes realization of major projects with participation of the Russian capital in such important Indonesian spheres as the development of transport infrastructure, natural resources processing, modern industrial production establishment including high-technology,” Matvienko stated.

The contracts that the major Russian aircraft builder Sukhoi signed with two Indonesian carriers, Kartika Airlines and Sky Aviation, for 42 SSJ-100 jets worth a total of $1.329 billion, was made in 2010 and 2011.

In February, delegates at the Indonesia-Russia business forum in Jakarta discussed the outlook for relations between the countries. According to the Russian Industry and Trade Ministry, the development of Russian-Indonesian trade and economic relations is highly dynamic and includes cooperation on projects in agriculture, chemical production, metallurgy, radio-electronic equipment production, shipbuilding, maritime transport and infrastructure, civil aviation and the automotive industry.