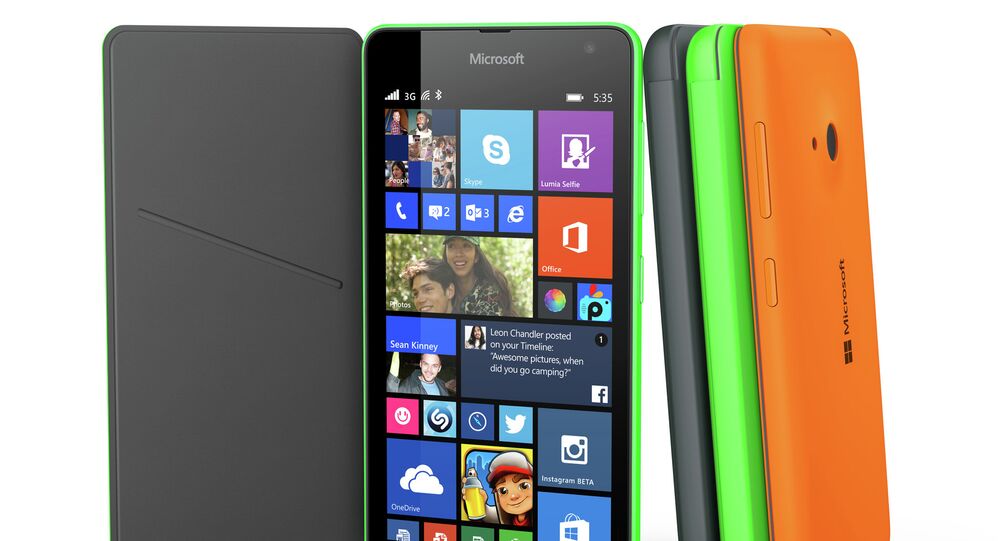 Microsoft's new Lumia 535 budget smartphone was presented to the public, sporting a 5-inch 960x540-pixel display and the latest Windows Phone 8.1 OS, with an 8 GB minimum of onboard storage which can be expanded up to 128 GB.

"Sporting a quad-core 1.2GHz Qualcomm Snapdragon 200 processor and a 5-inch 960x540-pixel display, the phone is decidedly aimed at the lower end of the market…The price of just €110 [$140] makes it pretty affordable even for developing countries," CNET, a tech news media source reported.

While the Microsoft Lumia 535 doesn’t have any high-end features or an outstanding design, it offers the latest Windows Phone 8.1 OS, with 8 GB of onboard storage (expandable up to 128 GB), a dual SIM card slot and 5-megapixel front and rear cameras, and the budget device is likely to meet the needs of pragmatic and unpretentious users.

For the cost I think the #Lumia535 is a nicely packaged device. @Microsoft is smart to make phones that will actually sell @Lumia #MoreLumia

The first Microsoft Lumia device is not bad though. Considering the price point it's the best in it's class #Lumia535.

The smartphone is expected to make its debut in Russia, China, Ukraine, Indonesia and the Philippines in November 2014. Consumers in Australia, Vietnam, Thailand and Africa will be able to buy the Microsoft Lumia 535 in December. Latin America and the UK will see the new smartphone in the beginning of 2015, while there is still no information regarding the US launch.

"The company is also bundling a range of its services — including Skype and OneNote — which is part of its strategy to get (and lock) customers into its services ecosystem, the idea being that they will buy another Lumia phone when it is time to upgrade their device," notes TechCrunch.

Among the phones' services Microsoft has pointed out "Cortana" – a digital personal assistant and a contender to Apple's Siri. "Cortana is widely regarded as a better product than Siri for iPhone and iPad," states Business Insider. According to Microsoft's web site, Cortana is powered by Bing. "She gets to know you by learning your interests over time. She looks out for you, providing proactive, useful recommendations," the Microsoft Lumia 535 specification reads.

Industry experts note that the combination of "decent specs”" and "pretty aggressive price" policy of Microsoft will help the company to expand its mobile devices market share substantially.

Microsoft Is Aiming at a Bigger Market Share with Windows 9