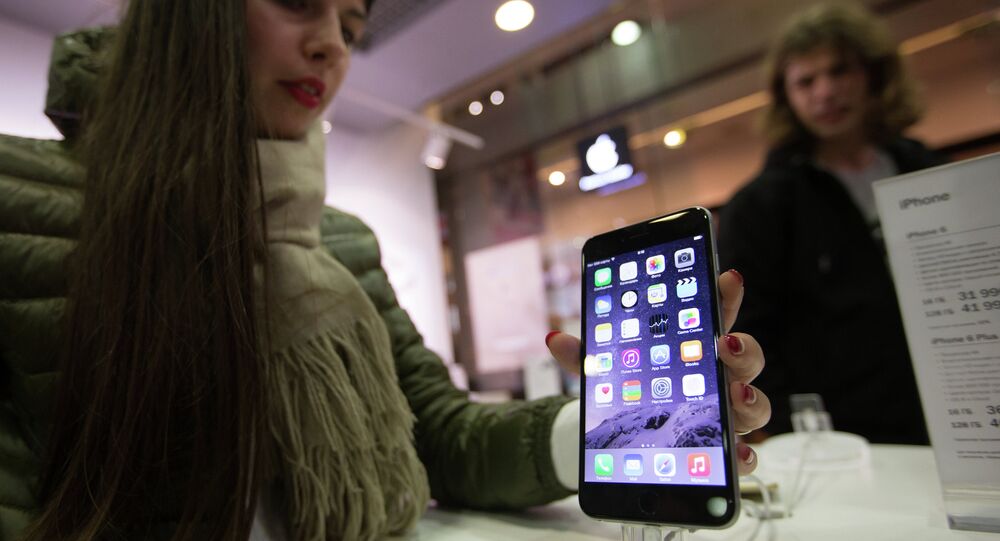 iPhone Tourism: Foreigners Should Head to Russia for Low Prices on iDevices

Due to favorable US and euro to ruble exchange rates, Russia may be the ideal place to buy the latest iDevices, Bloomberg says.

MOSCOW, November 11 (RIA Novosti) — With the ruble hovering near historically low rates against the US dollar and the Euro, prices for Apple’s latest iDevices are among the lowest in the region, Bloomberg reports.

The Russian currency’s 25 percent drop against the dollar and 18 percent drop against the Euro since July means that the iPhone 6 can be purchased from about $700 (31,990 rubles). In comparison, in neighboring Finland, the same model starts at 700 euros ($870). The phone is still cheaper in the US, at least before taxes, starting at $649 on the Apple.com store.

In the past, business-savvy young Russians looking to make a few bucks have been found in Apple stores in Germany and elsewhere across Europe buying up the phones immediately following their release, before taking them back to Russia to make a hefty profit reselling them to trendsetting urbanites. Now, people from other parts of the CIS are coming to Russia to buy up the phones for resale in their home countries. Some Western expats and tourists are also looking to purchase the devices in Russia, rather than bringing them in from abroad, Bloomberg says.

Despite the decline in economic growth this year, due to falling oil prices, Western sanctions, and a cooling of the economy which had been predicted since the beginning of the year, Russians still purchased nearly 2 million iPhones in the first eight months of 2014. Bloomberg has projected that 200,000 iPhone 6s will be sold by the end of the year in the country. Kommersant has also noted that the new iDevices are becoming more and more scarce in Moscow’s stores; the phones and tablets are now only available with a preorder at most retailers, including online stores. iPhones presently account for about 10 percent of the Russian smartphone market, according to Bloomberg.

Apple’s popularity in Russia is in line with growing sales worldwide, with earlier reports noting that iPhone sales grew by 16 percent this year compared with the fourth quarter of 2013.

Apple in Early Talks With Distributors to Sell iPhone in Iran: Reports