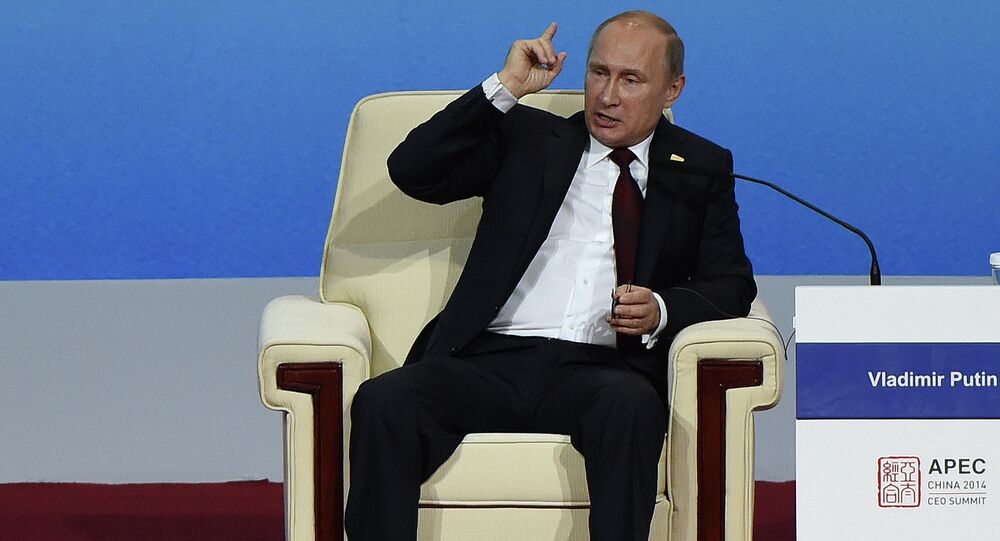 Russian President Vladimir Putin praised the road map created by China to promote the Asia-Pacific free trade zone and warned against the division of the region countries into separate competing groups.

"There is a large number of trade agreements within the Pacific Rim that differ both in the depth of liberalization and in the number of participants. This creates a potential danger of the region's division into separate competing groups," Putin said at the first working meeting of APEC leaders in Beijing.

"All new agreements should not harm the multilateral WTO trade system," the Russian President stressed, adding that transparency and respect for mutual interests should form the basis of all decisions.

Putin also praised the road map created by China to promote the Asia-Pacific free trade zone, which is expected to be approved in addition to the final declaration of APEC leaders.

The Asia-Pacific Economic Cooperation (APEC) forum of 21 Pacific Rim economies seeks to facilitate economic growth, cooperation, trade and investment in the Asia-Pacific region. The group's 26th summit began in Beijing on November 5 and will last until November 11.

Putin arrived in the Chinese capital on Sunday to take part in the last three days of discussions.