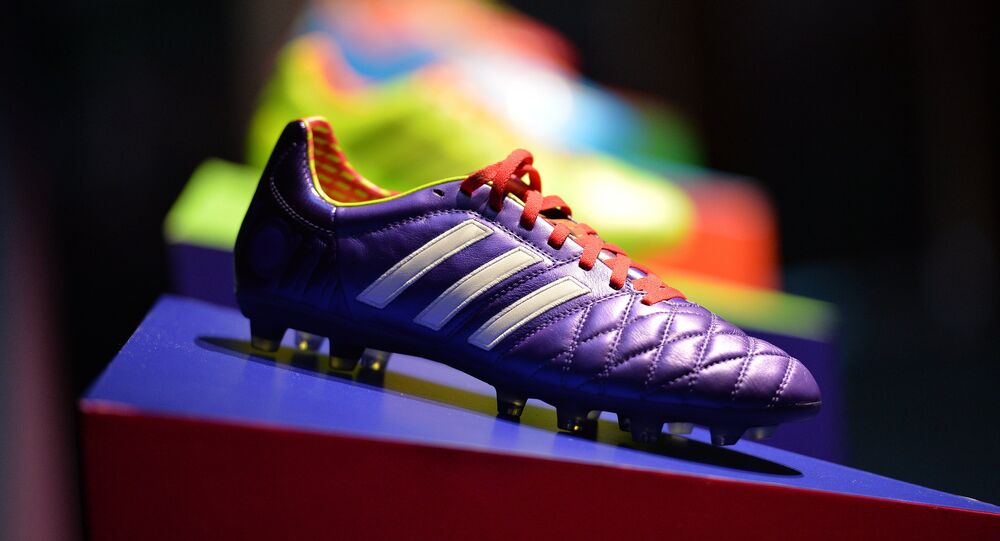 Adidas business in Russia is "healthy and growing," and has not been affected by sanctions, the company's spokesperson states.

"Russia is our third biggest market globally, and we will continue to invest in Russia," Schreiber said. "We will continue to open new stores such as our recently launched new store concept adidas HomeCourt or our Originals pop-up store on a boat."

She stressed that Adidas business in Russia is "healthy and growing," and has not been affected by sanctions.

"Please note that our segment is not affected by sanctions at this point," Schreiber underlined. "In the first 9 months, sales are up 18% currency-neutral."

She added that the company currently has more than 1,100 stores in Russia and is the clear market leader in its industry.

"We will also support Russia leading up to and during the 2018 FIFA World Cup of which we are an Official Partner," Schreiber told Sputnik.

The European Union, the United States and their allies have imposed several rounds of economic sanctions on Russia over its alleged involvement in the Ukrainian crisis, a claim Moscow has repeatedly denied. Moscow has stressed that these measures threaten economic stability in the world. Russia has also imposed a food import ban on a number of countries in response to their sanctions.

Schreiber noted that in light of the current situation and the increasing risks regarding consumer sentiment and spending Adidas has decided to be more cautious in Russia.

"However, we remain committed to Russia and will continue to invest," she stated. "We hope for a resolution of the current political situation."

European Commission President Jean-Claude Juncker said last week that European sanctions against Russia are unlikely to be lifted due to Russia's position toward the recent elections in the self-proclaimed Donetsk and Luhansk people's republics in eastern Ukraine. Moscow said it respected the elections, and stressed that "respecting" does not mean "recognizing." Kiev and the West have called the elections illegitimate, and violating the Minsk peace agreement.

Russia Rules Out Sanctions Against US in Scientific Cooperation: Ambassador