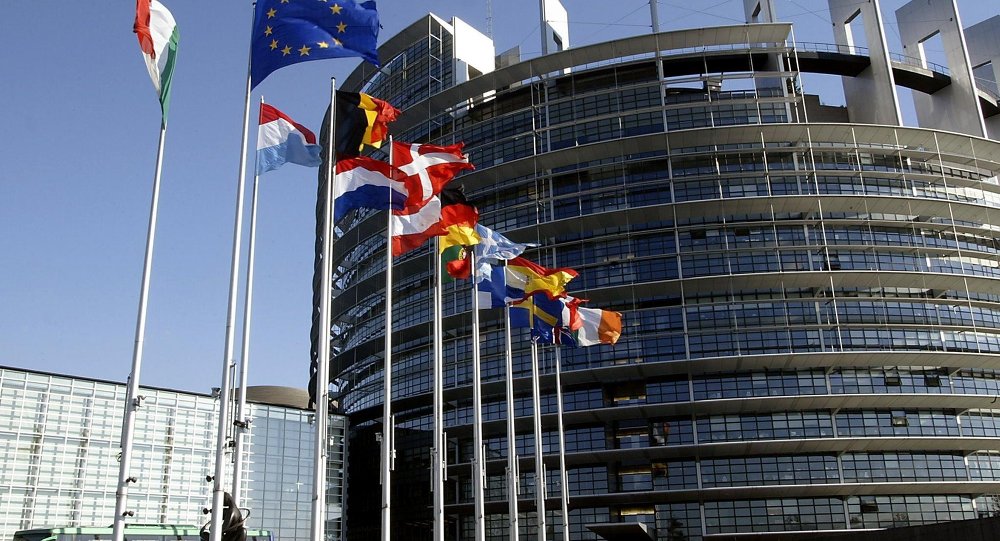 Sanctions against Russia will have a negative impact on economies of many European countries, such as Britain, Italy, France, and Holland, with Germany being hit the hardest, the Telegraph reported on Tuesday.

MOSCOW, July 22 (RIA Novosti) - Sanctions against Russia will have a negative impact on economies of many European countries, such as Britain, Italy, France, and Holland, with Germany being hit the hardest, the Telegraph reported on Tuesday.

“Germany is Russia’s biggest European investor, with German companies pouring in £13 billion last year [over $22 billion]. Eckhard Cordes, head of Germany’s Committee on Eastern European Economic Relations, said a decline in trade this year was already putting some 25,000 jobs at risk in Germany,” the Telegraph reports.

According to the article, although British Prime Minister David Cameron was the one who spoke for implementing further sanctions against Russia, Britain’s economy will also be hurt.

“Where possible sanctions would bite the hardest, would be the financial sector. Russian companies are well represented on the London Stock Exchange, and UK Trade and Investment market. It 'is helping Moscow realize its ambitions to become an international financial center.' London is also a prime destination for Russian businesses, and Russian oligarchs are major property owners in Britain. The energy sector could also be hit,” it says in the article.

Despite Barack Obama’s calls to impose broader sanctions against Russia, French leaders decided not to stop country’s lucrative defense contracts with Russia and confirmed France would meet its obligations under the contract worth $1.6 billion for two Mistral-class helicopter carriers to be built for Russia.

Italy is another country, where domestic market will be seriously hurt by further sanctions against Russia. The country is currently attempting to boost its economy and attract foreign investors, particularly Russians. Italian goods sell well in Russia, many Russian tourists go to Italy for holidays, and so Italian government is reluctant to implement further sanctions against Moscow.

The Netherlands will also be affected if broader sanctions against Russia are implemented.

“The Netherlands is the largest single recipient of Russian exports – 9.2 percent in total. Outside of the EU, Russia is the biggest Dutch market for flowers. In 2011, imports from Russia to the Netherlands amounted to £13.2 billion and exports to Russia amounted to £5 billion,” the Telegraph reports.

Last week, Washington imposed a new round of sanctions against Moscow as a response to Crimea’s reunification with Russia following a referendum held in March. The first round was implemented by the United States and the European Union immediately after the referendum.

Following the Malaysia Airlines Boeing 777 crash, Washington has been pushing the EU to implement further sanctions against Moscow.

Many experts argue that the 28-member bloc is not willing to implement so-called “Tier 3” sanctions against the sectors of Russian economy, including defense cooperation and financial services.

President Vladimir Putin said the new sanctions required a careful look but warned they could bring the US-Russian ties to a dead end.