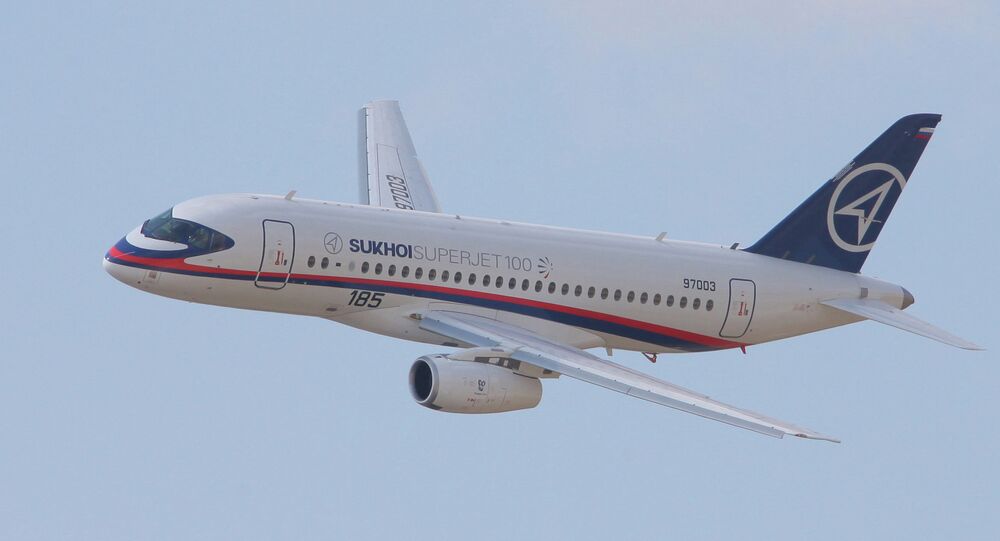 Russia’s Sukhoi aircraft maker said Friday that it is planning to start series production of a stretched version of its Superjet 100 passenger aircraft in 2016.

MOSCOW, January 17 (RIA Novosti) – Russia’s Sukhoi aircraft maker said Friday that it is planning to start series production of a stretched version of its Superjet 100 passenger aircraft in 2016.

The plane, dubbed Superjet Stretch, will seat 115 passengers, while the baseline Superjet 100 has up to 110 seats. The model is seen as an interim solution in the development of the Superjet family until the 130-passenger capacity Superjet NG is developed by 2020.

“We are working on a schematic design of the plane at present,” said Andrei Kalinovsky, head of Sukhoi Civil Aircraft.

Kalinovsky said the company’s long-term business goal of building 830 planes of the Superjet family could be achieved only through introduction of improved versions of the aircraft to be positioned in various segments of the market.

Russia is planning to invest some 4.8 billion rubles ($143 million) over the next five years in additional research and development on its Superjet 100 passenger twinjet.

The Superjet 100 is a short-medium haul passenger aircraft developed by Sukhoi in cooperation with US and European aviation corporations, including Boeing, Snecma, Thales, Messier Dowty, Liebherr Aerospace and Honeywell.

Sukhoi has received over 200 orders for Superjet 100 airliners so far.

The aircraft carried out its first commercial flight in April 2011 and has shown an overall good performance. However, a number of design and technical problems have been revealed during its subsequent commercial operation by Russia’s flagship carrier Aeroflot and Armenia’s Armavia.