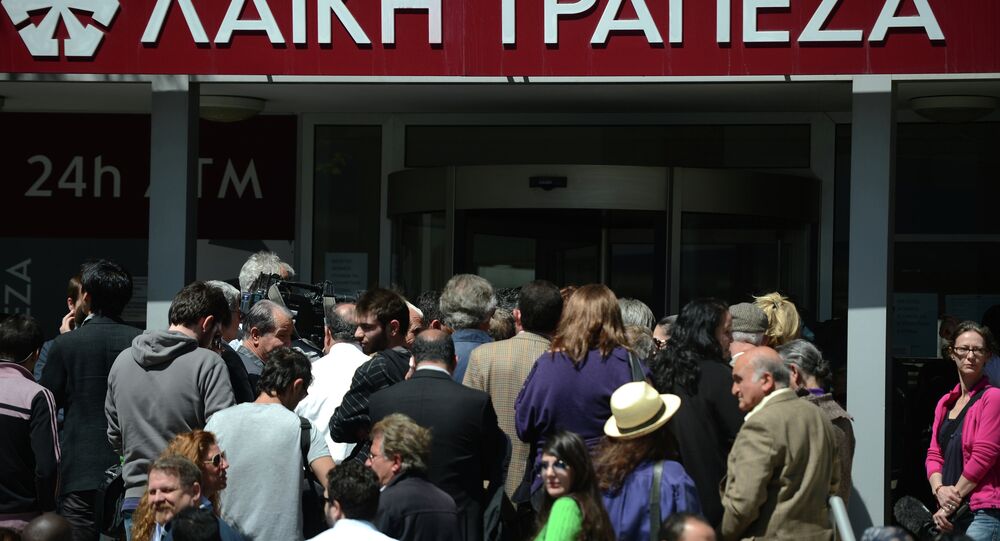 Standard & Poor’s Ratings Services has revised the outlook on Cyprus to stable from negative, the ratings agency reported Wednesday.

S&P also affirmed its long- and short-term sovereign credit ratings on Cyprus at 'CCC/C', the agency said in a statement.

“The outlook revision reflects our expectation that the Cypriot government will agree to the terms of an up-to €10 billion ESM-IMF financial assistance program and that the program's first loan tranche will be disbursed in time for the government to make a June 4 payment due on a Eurobond,” the agency said.

“We understand that the ESM-IMF loan will be provided at a low interest rate and at long maturities,” it said.

S&P said it expects Cyprus to remain a member of the European Economic and Monetary Union (the eurozone).

“Nevertheless, it seems likely that recently-imposed capital controls will remain, in some form, to protect Cyprus' banks from renewed deposit flight,” it said. “We expect that the current account deficit will initially widen to more than 10% of GDP.”

ESM is an abbreviation for the European Stability Mechanism, an international organization providing assistance to eurozone members experiencing financial difficulties.

Cyprus has had to agree to overhaul its bloated banking sector and introduce "haircuts" for bondholders and savers with accounts of over 100,000 euros in the country’s two biggest banks in return for the much-needed 10 billion euro ($13 billion) bailout from the European Union, the European Central Bank and the International Monetary Fund.