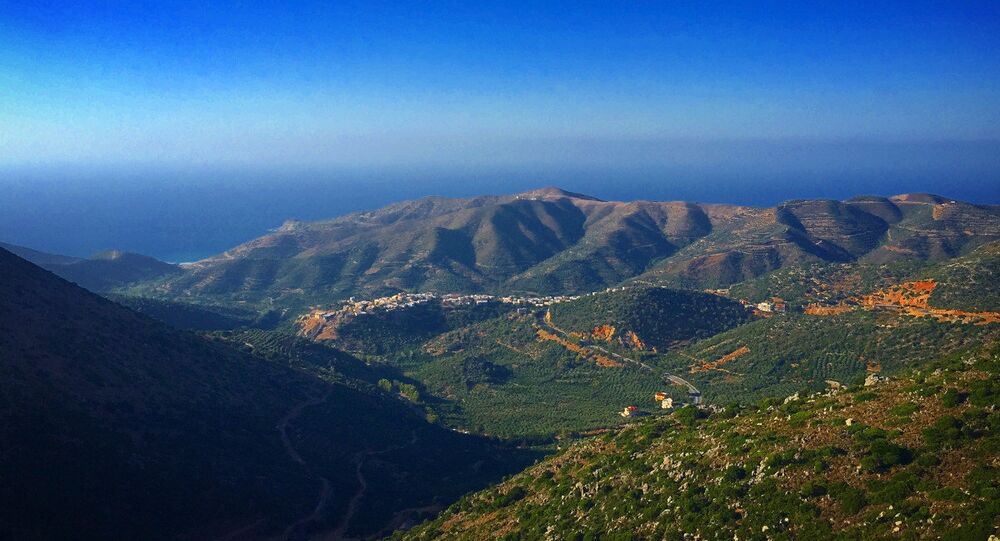 Breaking Free: A Story of My Friend Evgeny Maruskin

A story of friendship and the gift of freedom.

“God changes his appearance every second. Blessed is the man who can recognize him in all his disguises.” ― Nikos Kazantzakis, Zorba the Greek

It’s been a while since I’ve had the opportunity to share stories of my wonderful Russian friends, what follows is therapy for the soul, a journey to Incredible Crete by a Russian media celebrity.

When I learned my friend Russia One producer Evgeny Maruskin was in the hospital in Moscow having knee surgery all I could think of was how hard debilitating injuries are for sportsmen. Evgeny is one of those guys who will try anything once, or even twice if there’s a challenge involved. Feeling bad for my pal the only remedy I could think of was the most therapeutic place I know of, the island of Crete in Greece. Of course, he refused my offer because he is one of those people who never asks for a free ride. I felt terrible I could not do anything at all to help. But fate has a way of righting things.

© Photo : Bato Budaev/I'm Siberian
Meanwhile in Russia: Bikini Party at Frozen Lake Baikal
15
Imagine the surprise and joy I felt when I got a call several weeks later from my Russian friend. Evgeny’s voice echoed on the other end of the phone, “Phil, is that offer to visit Crete still good?” As glad as I was he’d decided to take me up on my offer, the fact the Crete tourist season was in full swing made me have serious doubts I’d be able to come through. When I told him I’d see what I could do, Evgeny was customarily understanding. I really doubted my ability to find accommodations on an island paradise that is 110% booked every Summer, but I called on old friends to see what I could swing. I should never have doubted the magic that surrounds Crete – a miracle cancellation put Russia’s top news producer at the Elysium, a classy five-star beach property in swinging Hersonissos. When a call to my dear friend Lefteris Karatarakis to find accommodations for Evgeny revealed absolutely booked-solid hotels in Heraklion, I knew I would have trouble finding the best situation for my injured pal.

Lefteris, who’s director at both Lato Boutique Hotel and the new eco-friendly Olive Green Hotel, is by far the most resourceful and generous man on Crete, so. But Crete has this quality that seems to mediate distress, maybe I should call the quality “guardians” so you get the gist. Whatever I call it, when another close friend introduced me to the owner of Elysium, I knew the island’s healing and protective influence was in tact. For readers unaware, Elysium Boutique Hotel is the brainchild of Alexandros Kapetanakis, who is one of Crete’s most successful civil engineers and entrepreneurs. The long and short of this connection is that the Minoan spirits were strong for Evgeny, as Mr. Kapetanakis and his staff left no stone unturned helping somebody in dire need of the healing powers of Cretan hospitality. Elysium served as a luxurious base-camp for my a reentry into the adventurous lifestyle Evgeny is so accustomed to. Like I said, Crete is just mystic in the way the island protects visitors.

For those who’ve never studied Crete, Greece’s largest island is historically a place of powerful mystic forces. The sun-drenched island so famous for sparkling waters and shimmering sandy beaches is the home of the ancient 5,000-year-old Minoan civilization, that gave birth to western civilization. Anyone who visits the place can testify, the entire island is alive with the energy of this mystical culture. Watching Evgeny’s first exploits after his arrival we instantly recognized the healing process taking place. An introduction to our angelic pal Yianna Lo Daskalopoulou and the next thing I knew was the pair of young adventurers had headed up Mt. Ida of a photo shoot and a day trip. The next day Evgeny shared an Instagram of him paragliding from the mountains to the Cretan Sea, along with some real “sojourner” images of him hiking on of the nearby peaks.

“A man needs a little madness, or else… he never dares cut the rope and be free.” — Nikos Kazantzakis

© Photo : Ministry of Natural Resources and Environment of Russia/ Igor Shpilenok
Living on the Volcano: Miraculous Kamchatka Nature Reserve
15
More Instagram video and images, Evgeny riding the coastline and mountain regions of central Crete, the village taverns and touristy seaside eateries he passed all reminded me of our first exploration of the island back in 2014. Then my friend and colleague Minas Liapakis, who’s the co-founder and owner of EyeWide Digital Marketing sent an SMS saying, “Sunday we deliver Evgeny some excitement.” Minas, who helped out organizing accommodations and some activities for Evgeny, is notorious for providing a pleasant surprise, so I was not totally surprised when the Russia One producer shared video from an adrenaline rush provided by Liquid Bungee, and a jump into a deep gorge near Chania, in the west of Crete. Watching the video and looking at images of Evgeny leaping the 138 meters from the Bridge of Aradena, I realized the recuperation was complete!

Sitting here writing about my Russian friend, I cannot decide whether to share his personality and soul or to share the soul of the magical island of Crete. But it occurs to me now that the two are interconnected in ways I am only beginning to understand. A simple way of conveying this is to share something Evgeny told me when he returned to Moscow. When I asked him how the Crete trip made him feel, he said; “On my return here to Moscow I realized how truly free I felt on Crete.”  Evgeny is not alone, for every friend of mine who’s ever visited the island, they say exactly the same thing. And this reminds me of something author Nikos Kazantzakis is famous for having said. As for me, I am just delighted for having played a small role in helping heal a wonderful friend from Mother Russia.“I hope for nothing. I fear nothing. I am free.” — Nikos Kazantzakis

History, Urbanism and Nature Come Together in Moscow's Newest Park