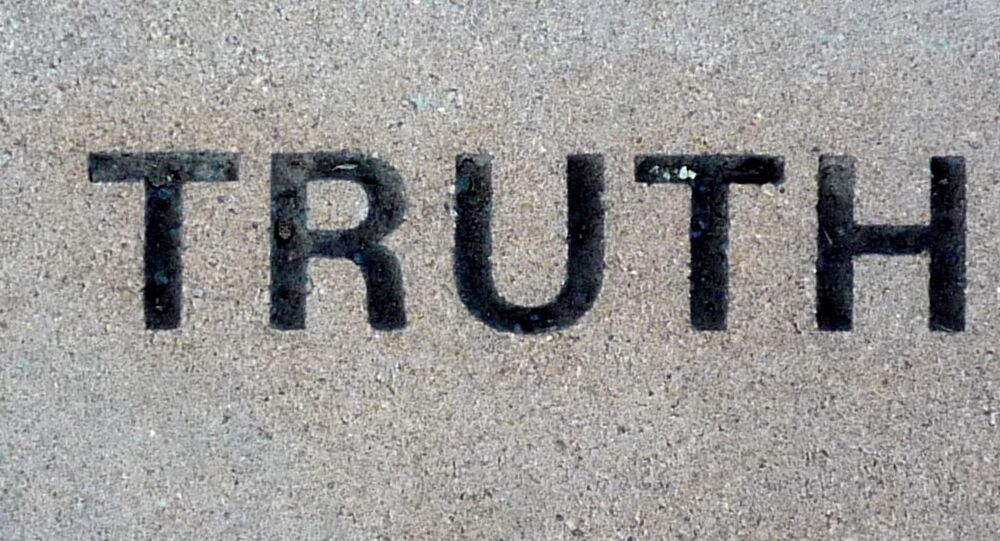 The Dying Scream of a Deathbed Dynasty: Post-Truth is as Post-Truth Does!

Not everyone gets to be a ‘post-truth’ thought criminal. It all depends on whose ox is being gored.

The recent establishment moral panic over ‘post-truth’ is deeply revealing…

Even if the post-truth conspiracy theory, perhaps, is not half as deep itself, as the talented mediocrities of the Potomac Cesspool would be inclined to insinuate.

© AFP 2021 / FABRICE COFFRINI
Social Polarization, Post-Truth to Keep Challenging Western Democracies in 2017
Not unlike how John Oliver’s humorous ‘F*ck you 2016!’ evokes the question over whose 2016 is in question, the sinister bugbear of an impending or (worse still!) very much current and actual post-truth era is based on a very selective reading of the evidence. It is a fundamentally ideological notion, in every one of the following senses:

1. Rather than being based on an objective, dispassionate interpretation of the evidence, ‘post-truth’ fashionable nonsense is inevitably founded upon bestial pre-reflexive emotivism, brutish Neanderthal sentimentalism, and a simply horrific regard for any kind of empirically and logical entertainable process of inquiry.

If that’s not ‘post-truth,’ then I don’t know what is!

2. In keeping with this, there is a disconcerting slippage between the presentation of the post-truth ‘thesis’ as a serious theoretical proposition, and the abject, self-debasing nudge-nudge-wink-winkery of ‘Oh, why it’s just a bit of rhetoric, old bean… but pray don’t suffer the little kiddiebuggers to know about that one, or they shan't sleep a single bally wink tonight!’

Well, if the Blue Neocons have recently some sought not-so-exotic bedfellows in Not-So-Wild Bill Kristol (a transparently fragile and delicate establishment treasure with a heart of glass!), the cynical piractic lunacy of being able to knock-and-run from a ‘serious proposition’ to a mere rhetorical conceit is worthy of the elder Godfather himself:

These words are from Irving Kristol. Like father, like son, and by your fruits shall ye know them.

It that’s not ‘post-truth,’ then I don’t know what is!

Highly suspicious ‘fake news’ about WMDs, based on an uncritical subservience to government ‘information’ worthy of a craven 1930s Two Pfennig Eichmann?

Dishonestly smearing a wide variety of independent media sources, disingenuously juxtaposing serious and critical outlets alongside a handful of outright bizarre and conspiratorial outlets, in order to confuse any ‘educated idiot’ who should be unwary and gullible enough to believe that whatever is written in a broadsheet is automatically more reliable than the trash found in The Sun or the late and not so lamented News of the World?

They are promoting an intrinsically ideological notion, and not any remotely recognizable attempt at sincere political or otherwise ‘philosophical’ discourse.