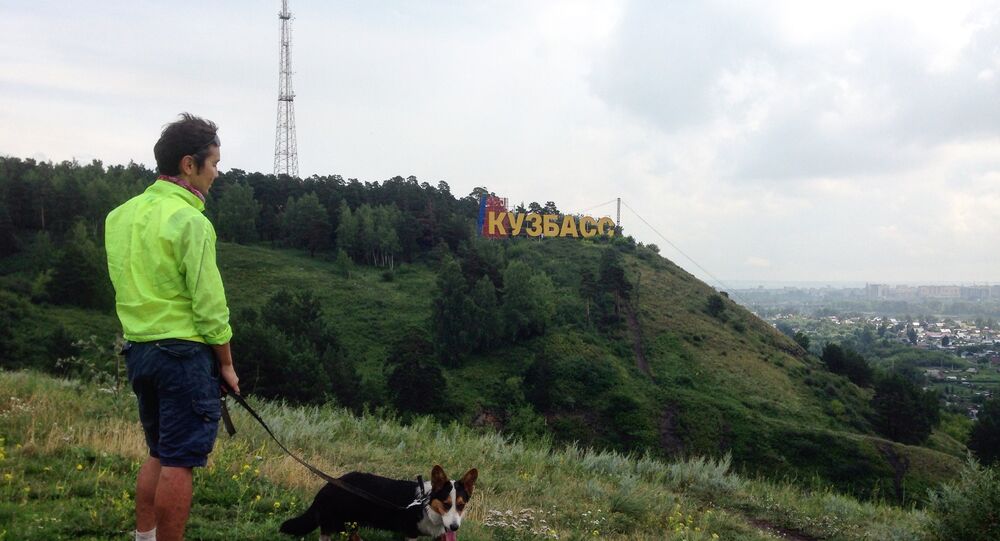 In addition to being Russia’s coal-mining capital, Kuzbass is home to the Russian Yeti, which might be lurking around Mount Sheregesh along with thousands of bikini-clad skiers and snowboarders.

© Photo : Nikolai Pavlov
The Long Way Home: Introduction
While most have probably heard of Donbass, few have heard of Kuzbass, which stands for the Kuznetsk Basin, one of the largest coal mining areas in the world.

Kemerovo, the capital of Kuzbass, is the heart of Russia’s coal mining industry. The Kemerovo Region has one of the world’s largest coal deposits. Kemerovo residents beam with pride and boast that their region is the main fuel and energy base for all of Eastern Russia. And that’s probably true, as the estimated 700-billion tons of combustible black rock lie in Kuzbass.

Although Kuzbass is mainly known as the coal-mining center of Russia, the region has its own unique culture and, just like in most places in Siberia, fascinating landscapes.

The mount Sheregesh in the southern Kemerovo Region is a famous tourist place. If you have heard about the largest bikini snow show, then you probably know about Sheregesh, which holds the record for the most skiers and snowboarders going downhill wearing swimsuits.

© Sputnik / Alexandr Kryazhev
Phantoms of Altay Mountains: Honor Spirits, Never Disrespect Them
In the early 1980s, the government built ski slopes on Green Mountain as a training ground for professional athletes. However, over the last decade, Sheregesh has become a popular holiday get-away among winter sport lovers.

Sheregesh is not only known for scantily-clad skiers going downhill, but also widespread rumors that the Yeti, an ape-like hominid, lurkes around Shoria, the mountainous area in the southern Kemerovo Region.

Several years ago, anthropologists from all over the world became interested in Sheregesh after the traces of a Yeti were discovered in a cave. Locals claim that there are around 30 Yetis living in the mountains of Southern Siberia.

Groups of scientists rushed into the cave to find out if there were any traces of a living Yeti. Although they’re said to have found large footsteps that allegedly belong to a Yeti, there were no visible sightings of the “Abominable Snowman.”

The only Yeti that can be seen in the area is the one in Sheregesh. Village authorities put up the monument of a Yeti-snowboarder as a mascot to attract tourists. Locals in Sheregesh use the legend of the Yeti to make money by organizing tours to the cave where a Yeti was allegedly sighted.

Local authorities have even promised a one-million-ruble reward ($15,700) to anyone who catches and brings the Yeti down to Sheregesh. Let’s all go Yeti hunting in the Kemerovo Region, shall we?

'Ura La' or 'Oralu'? Theories Collide Over Origin of the Name 'Ural'