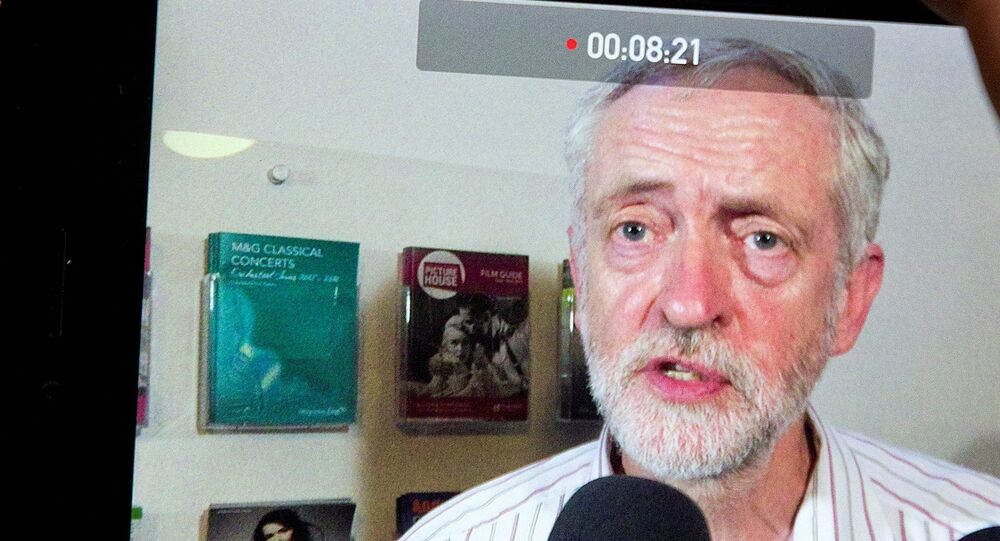 Labour, the Party that wallows in political correctness and seeks to shut down euroskeptics, hides a filthy secret under its bed: virulent anti-Semitism.

For years, the new anti-Semitism that has blamed Jews for everything from Zionism to Capitalist excess has polluted radical discourse within the Labour Party’s multicultural ranks even as the Socialist dinosaur lambasted any who dared oppose it as promoting ‘intolerance’ and ‘division.’

© Flickr / The Weekly Bull
UK Left-Wing Author Warns Labour Party Facing 'Historic Fork in Road'
Ruth Smeeth, the Labour MP for Stoke on Trent, has been subject to a prolonged campaign of Jew baiting that saw her walk out in tears of frustration when accused of being part of a ‘Jewish  Conspiracy’ to discredit Labour. Ironically, that particular round of abuse, perpetrated on 27th June 2016 in front of the  news cameras, occurred during a meeting aimed at opposing the spread of anti-Semitism within Labour’s ever so politically correct ranks.

Ruth Smeeth is now subject to police protection due to social media death threats against her which revolve around her calls for the radical internationalist Jeremy Corbyn to resign.

With Labour hopelessly divided against itself, anti-Semitism has infected Labour using it as a host to spread what has often been referred to as ‘the oldest hatred.’

No Friend of Russia

Corbyn’s views on NATO are a replay of 70s anti-militarism and are doomed to never deliver, a mere smokescreen for the advance of the destructive forces of degenerate European liberalism into the Russian World space.

Let them Come to Us

While the ideological and demographic drivers of Labour’s anti-Semitism can be debated, they are undoubtedly part of a wider upswing in anti-Semitic hatred across Europe.

In response to the deteriorating situation for European and British Jewry, President Putin offered persecuted Jews de facto sanctuary in Russia saying in January 2016: “Let them come to us. In the Soviet Union they left, now let them come back.”

© AFP 2020 / Dan Kitwood
Veteran UK Labour Party Member Refuses to Back Corbyn in Leadership Race
Ruth Smeeth has explicitly accused divisive Labour chief Jeremy Corbyn of a ‘catastrophic failure’ in his turning a blind eye to the victimization she has suffered. The death threats aimed at the 37 year-old MP have come amidst a tidal wave of 25,000 abusive social media posts- most of which mention her faith.

Ruth Smeeth is far from the only Jewish female MP being targeted by Labour’s anti-Semitic under current: Following radical leftist Ken Livingstone’s anti-Semitic remarks, Luciana Berger MP, another Labour politician, opened up about the vile abuse she has suffered in April 2016. Even the Oxford Students’ club has been implicated in the intimidation of Labour’s Jewish members.

Labour MP John Mann has blamed the worrying increase in anti-Semitic attitudes within his party on Corbyn’s radical values and the extremist Trotskyite agenda that now flourishes under his leadership. It means that for young Jewish women like Ruth Smeeth and Luciana Berger, the myth of the liberal west juxtaposed against a nationalistic Russia and its Brexiteer underlings is nothing more than a cruel joke.

Corbyn Rules Out Coalition With SNP to Secure Labour Leadership