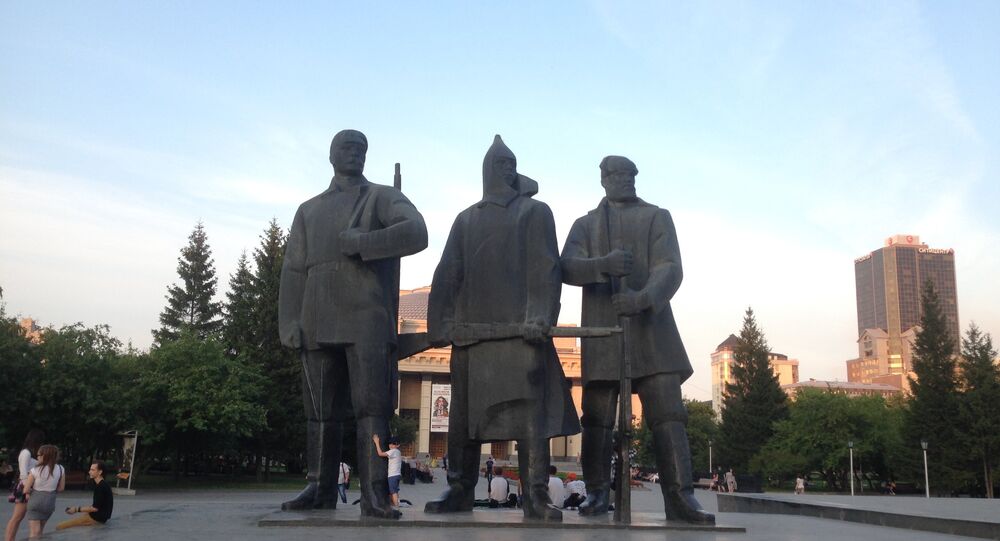 Novosibirsk, the largest city in Siberia, is all about big things: the city is famous for the longest street in the world, the largest opera and ballet theater in Russia, and home to a liger, the biggest feline to ever walk the Earth.

© Photo : Nikolai Pavlov
The Long Way Home: Introduction
Novosibirsk, the capital of Siberia, is a relatively young city founded in 1903. Nevertheless, Novosibirsk is the third largest city in Russia after Moscow and St. Petersburg.

One doesn’t see too many old buildings and architecture in Novosibirsk as in other Siberian cities, like Tuymen, Tobolsk, Omsk or Irkutsk; from the beginning, Novosibirsk was built to serve as an administrative and political capital of Eastern Russia.

Nonetheless, the capital of Siberia is an interesting modern city that has a lot to offer.

The city’s heart is the Krasny Prospekt, the central avenue that made it into the Guinness Book of Records as the longest street in the world without any turns. Its length is 6,947-meters.

It seems like city planners used the vastness of Siberia with wisdom and not only built in Novosibirsk the longest street in the world, but also one of the biggest railway stations in Russia, the Novosibirsk Central Railway Station.

© Sputnik / Alexandr Kryazhev
The suburban Novosibirsk-Main railway station and a metro entrance in Novosibirsk.
© Sputnik / Igor Russak
Tyumen: How Siberian Cats Saved the Hermitage State Museum in Leningrad
To continue the theme of all the things big, one should mention the Novosibirsk Zoo, the largest zoo in Eastern Russia. The Novosibirsk Zoo is one of the places in the world where one could see a liger, a hybrid cross between a lion and a tiger.

The huge feline is a scary-looking beast: it’s bigger than either of its parents, has a stocky build of a lion and a tiger-like striped pattern. Ligers exist only in captivity, as the natural habitats of lions and tigers don’t overlap.

But I think it’s neither the size of the building, its modern equipment, nor the beauty that makes the Novosibirsk Opera and Ballet Theater prominent, but the musicians and ballet dancers who work there. Having won international and Russian opera and ballet competitions, members of the theater’s repertory company are the true masters of their craft and hold highest honorary titles in culture and arts.

A city legend says there is a network of complex underground tunnels below the theater. According to the legend, at one point Joseph Stalin himself ordered to build a protective bunker for himself under the main theater in Novosibirsk.

For those willing to get to know Siberia, Novosibirsk would be a great place to start. The city has a world-class international airport and one can also be reached via the Tran-Siberian Railway. It’s worth mentioning that Novosibirsk is the main transportation hub for tourists willing to travel to the wild beauties of the Altai Mountains.