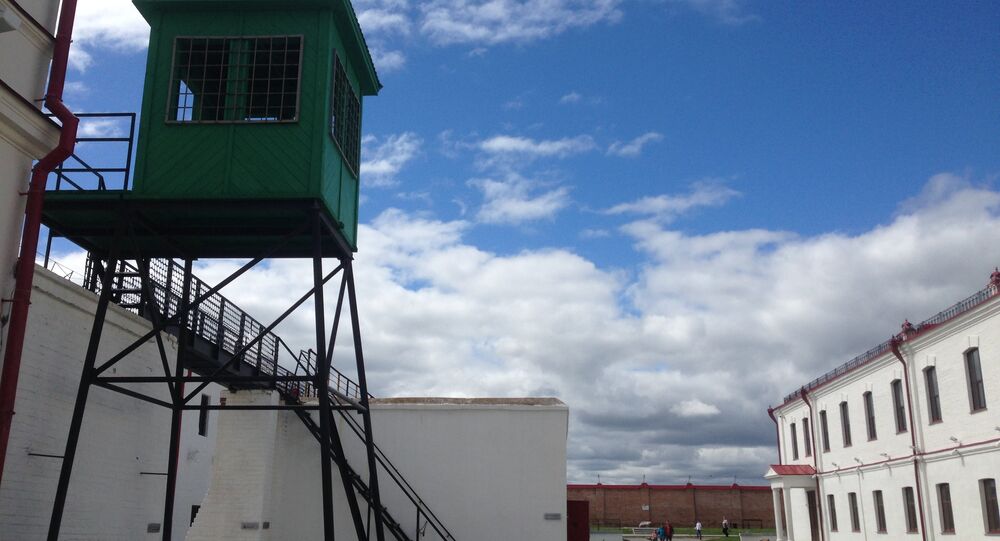 While in Tobolsk, I took a closer look at the Tobolsk Central Prison, one of Russia’s most notorious penitentiary institutions, where exiles from all across Russia, including Fyodor Dostoevsky and Tsar Nicholas II, were sent to serve their sentences.

© Photo : Nikolai Pavlov
The Long Way Home: Introduction
Despite its smaller size and relative isolation from the Siberian tract, the main highway that connects the western part of Russia and Siberia, the city of Tobolsk in the Tyumen Oblast is arguably one of the most historically significant cities in entire Siberia.

Tobolsk was founded in 1587, only a year after Tyumen. Ever since its creation, Tobolsk quickly became the key Russian city in Siberia, often dubbed as the capital of Russian Siberia.

While in Tobolsk, I had a chance to visit a museum that in the past used to be a prison. Until its closure in 1989, the Tobolsk Central Prison was a notorious place, where many unlucky inmates never made it out alive.

While in the museum, one is overcome with a dreadful feeling and begins to understand just how lucky it is to not be living in 19th Century Siberia. Since the museum kept the prison’s buildings and rooms in their original state, one can see just how tough the conditions were.

Shackles on prisoners’ ankles were never removed during the entire prison sentence. After years of walking in shackles, former Tobolsk prisoners were always easily identified by their specific manner of walking that stayed with them for the rest of their lives as a haunting reminder from the past.

Half of a prisoner’s head was always shaved. This helped authorities quickly recognize convicts in case of a prison break, diminishing their chances of blending in with the crowd.

But what made the Tobolsk Central Prison particularly cruel were its punitive confinements. The prison had several different lock-up rooms for prisoners.

There was the “humpback” lock-up room with an extremely low ceiling that a person couldn’t stand up. Needless to say, a prisoner wasn’t allowed to sit either.

The “dark” room offered no light at all, while in the “wet” room prisoners were forced to stand in cold water reaching up to their ankles.

Furthermore, prison authorities effectively used the seasons’ weather. In winter, the “cold” room with no heating was preferred to punish prisoners, meanwhile during scorching summer days, the “hot” room, in which one of the walls was connected to a stove, was used. Temperatures in the “hot” room often reached above 80 degrees Celsius.

© Sputnik / Yuriy Kaver
A view of St. Sofia Assumption Cathedral situated on the territory of the Tobolsk Kremlin.

Surprisingly, the prison isn’t far from the Tobolsk Kremlin, which makes it a must-see for everyone visiting the city. The notorious  facility remained in use until 1989, when it was converted into a history museum, where the horrors of the past are on display.