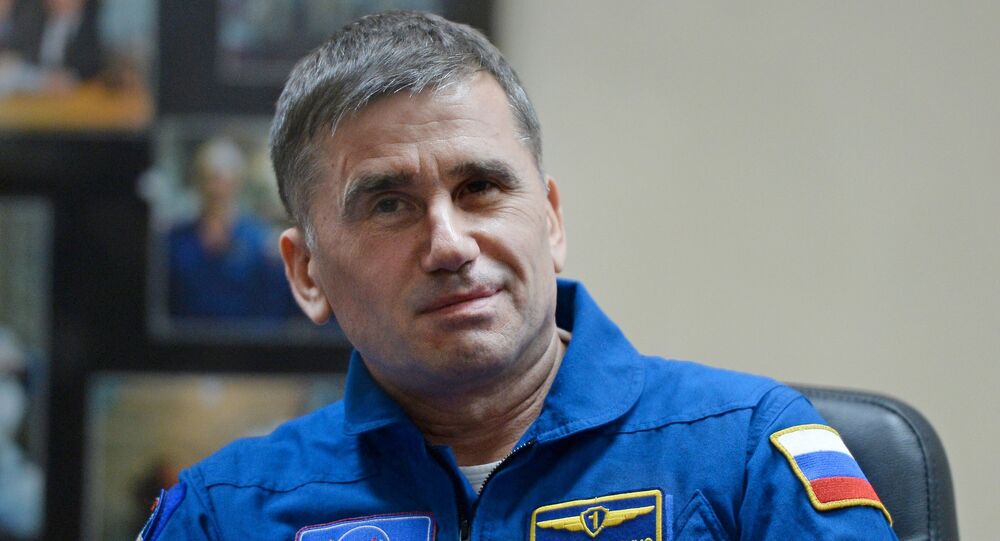 The Anemos Luxury Grand Resort, a new resort on the Island of Crete, welcomed Yuri Malenchenko, one of Russia’s most famous cosmonauts last week. Malenchenko, who gained fame for being the first person to get married in space, is on Crete for the launch of a program of physical rehabilitation for Russian cosmonauts.

© Sputnik / Roscosmos
Out of This World! Amazing Photos Taken By Two Russian Cosmonauts
5
Joined by his wife Catherine, and their daughter Camilla, Malenchenko is in Chania province for a second time, in an effort to develop the program that optimizes the Crete’s natural environment, “Crete massage”, and the world renowned Cretan diet. A team of doctors from Russian Space Agency is working with the Greek-owned company “Agora” and hospitality marketing firm "Eyewide", run by noted Crete entrepreneur Minas Liapakis. The Aegeo Spa's Anemos Luxury Grand Resort, is at the center of the new system for cosmonauts. Physical aspects of the program are combined with lifestyle and cultural elements, which take the program to the next level.

Previously, Russian cosmonaut Anton Shkaplerov took part in a similar program of physical rehabilitation after the six-month stay on the International Space Station last year. Doctors in charge say the long term course of recovery efforts is perfectly suited to the climate and culture of Crete, where family oriented hospitality is world famous. According to organizers, a new program of excursions and visits to local attractions and important points of the history and culture of Crete will balance out Malenchenko’s experience. Michail Potapov, veteran doctor and candidate cosmonaut had this to add:

“Crete and hospitality, was a familiar theme for our cosmonauts since last year, but we’ve added a new connotation. Crete offers very high quality standards for  the physical rehabilitation of cosmonauts utilizing the exceptional nature, the seaside and the wonderful Cretan diet. However, above all,  there’s the  wonderful human contact, and the atmosphere of sympathy and interest from our friends and partners aimed at Russian guests. This is an extremely important parameter.”

Opened last year, the Anemos Luxury Grand Resort  is situated on the longest coastline of northern Crete and close to the picturesque fishing village of Georgioupolis. With the crysal blue Cretan Sea fronting, and the picturesque White Moutains behind, the luxury resort offers a rare combination of pristine nature, alongside 5 star luxury amenities.

Just days after AN International Space Station crew including American Tim Kopra, Britain’s Tim Peake, and   Malenchenko touched down in Kazakhstan, and the Russian cosmonaut is joining thousands of Russian’s recouping on Crete, the paradise famous for philoxenia, of love for strangers or visitors.

Out of This World! Amazing Photos Taken By Two Russian Cosmonauts