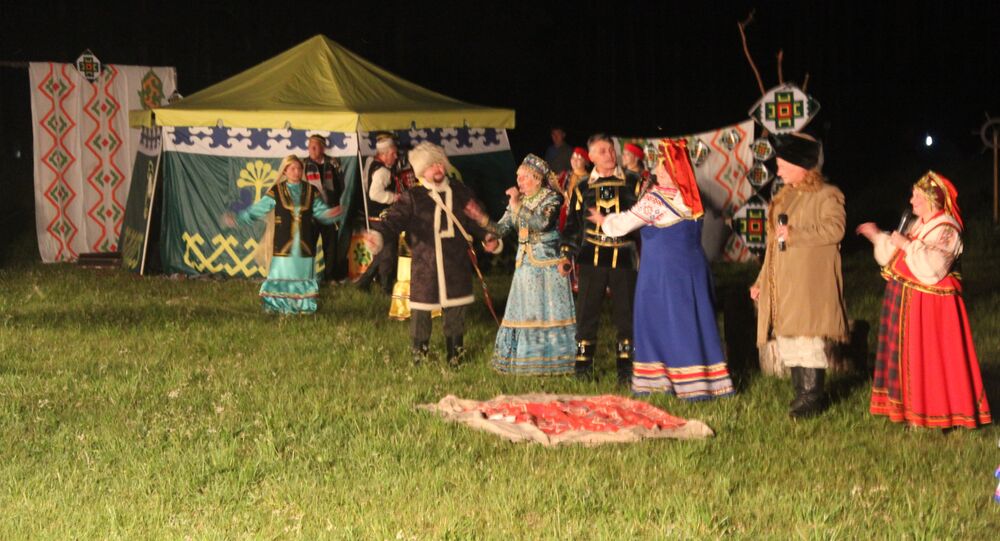 While in the Chelyabinsk Region, we visited a folk festival at the Drunken Mountain, the place where a centuries-old friendship between ethnic Russians and the Bashkir people began.

© Photo : Nikolai Pavlov
The Long Way Home: Introduction
In the summer of 1774, in the midst of Yemelyan Pugachev’s Peasants Rebellion, Salawat Yulayev, the leader of the Bashkir insurgents, met with Pugachev’s Cossack army near the hills of the present-day town of Satka in the Chelyabinsk Region.

Yulayev's Bashkir peasants weren’t happy about some of Empress Catherine II's policies, which they said violated the rights of the Bashkir people.

That’s why, when Pugachev asked Yulayev to join forces and fight Catherine’s Imperial government, the Bashkir leader accepted the offer.

The place where the Cossack and Bashkir leaders met is known as the Drunken Mountain. According to local legend, after Pugachev and Yulayev shook hands and agreed to fight the Imperial Russian Army, the two leaders sat down on the top of the mountain and got drunk for a month.

During that month, Pugachev and Yulayev agreed that Russians and Bashkirs should always live side-by-side and help each other at the times of trouble. That was the unofficial start of the Russo-Bashkir friendship that goes on to this day, a woman named Irina from the department of Culture at the town of Satka told me.

After sobering up from the month of drinking, exchanging gifts, and learning each other’s customs, Yulayev and Pugachev led their armies and had a number of victories over the Imperial Army.

Unfortunately for the new friends, Catherine’s army eventually defeated the insurgents and both leaders were apprehended. Yulaev spent the rest of his days in a prison near the Baltic Sea, while Pugachev was publically executed in the center of Moscow.

Following the Peasant Rebellion, Catherine II gave the Bashkirs and other indigenous groups in the Ural Region the rights to manage their own settlements, speak their own languages and practice their own customs in exchange for their fealty to the Russian Tsar.