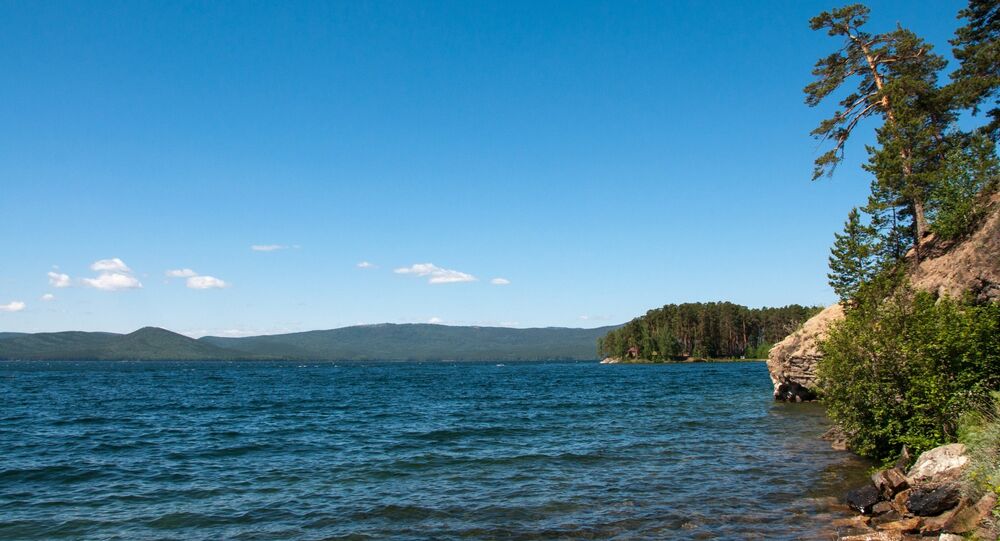 Although the Chelyabinsk Region and the Ural District in general are known as the powerhouses of Russia’s industrial power, the Ural Mountains are also home to some of Russia’s most magnificent natural jewels, such as Lake Turgoyak near the city of Miass and the Ayskie Cliffs along the Zima River.

© Photo : Nikolai Pavlov
The Long Way Home: Introduction
After departing Ufa, the capital city of Russia's Republic of Bashkortostan, our route lay across the Ural Mountains that separate Europe and Asia.

After departing Bashkortostan we started ascending some steep hills, and peddled uphill for as many as 16 kilometers at a time. Drained but happy, we made it to the town of Satka in Chelyabinsk Region, where a local tour company invited us to join them for a three-day rafting trip along the Ayskie Cliffs on the Zima River.

© Sputnik / Nik Pavlov
Ayskie Cliffs, Chelyabinsk Region
© Sputnik / Nik Pavlov
Undersized, but No Underdog: Our Corgi Pup Supports Our Cycle Across Russia
Rising 30 meters from the banks of the the Zima, the Ayskie Cliffs are something to behold. One really begins to understand the true power of Mother Nature when looking at the cliffs; they were formed during one of the Ice Ages as a massive glacier retreated to the Arctic.

The rocky cliffs stand tall along the bank of the Zima River, like ancient pillars tied to each other by stone. A chain of caves and a few waterfalls add to the breathtaking scenery.

After three days of camping, we cycled further east and stopped at the city of Miass. Not far from the city is Lake Turgoyak, which is known as the pearl of the Ural Mountains. Turgoyak is the second cleanest lake in Russia after Baikal.

According to local legend, the lake was named after the amazingly beautiful daughter of one of the local Bashkir chieftains living in the area. The girl fell in love with a boy, but her father was against their union. But the love between the two was so strong that the young man snatched Turgoyak from her father. The two escaped to the beautiful lake and lived on its shores happily ever after.

Currently, Turgoyak is a popular tourist destination, and there are a bunch of resorts along the lake. People from all across Russia come to enjoy Turgoyak’s friendly waters and the stunning nature of its environs.