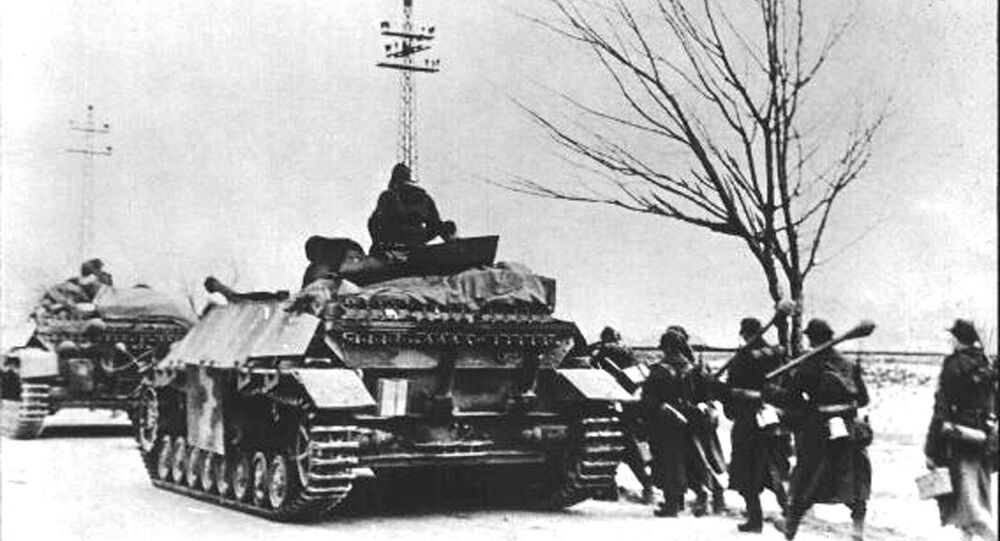 Waffen EU: Why an EU Army is a Bad Idea

Led by commanders handpicked for their fanatical belief in a new Europe, a small but elite army enters Latvia’s riot-torn towns to a hail of Molotov cocktails.

Their orders are clear: to suppress all anti-European resistance in a swift series of military sweeps and restore order. But when Russia mobilizes, the West’s battlegroups must tear east before all hell is unleashed in a bloody conflict that will leave the world holding its breath.

But this isn’t the SS and the Wehrmacht in 1941: it’s Juncker’s darkly mystical dream of an EU Army specifically raised to defend ‘European values’, a force designed to work in parallel with NATO, yet answerable to no one except its political masters at Brussels Command.

With tensions on the boil in Eastern Europe, the migrant crisis overwhelming borders, and Britain about to slip the EU noose, one might expect a period of serious reflection from Jean Claude Juncker, the head of the European Commission.

But the truth is that a cynical opportunist will only ever act in a certain way: the Brussels attacks provided Juncker cover to call for EU intelligence integration, while the swamping of borders gave Brussels the chance to propose a 2500 strong paramilitary force that would have the right to override national sovereignty and take direct control of an EU member state’s frontiers.

© AP Photo / Markus Schreiber
Earning the Goebbels Prize for Truth: "When it becomes serious, you have to lie.” Juncker, 2011.

Similarly, the Ukraine crisis, wholly triggered by the EU-NATO axis, and the subsequent democratic reunification of Crimea with the Russian Federation, has given those who have secretly dreamt of an EU army for years the perfect alibi. In fact, for such power grubbing opportunists, Crimea was their version of the Reichstag fire.

While political correctness and ideology preclude Juncker, Blair, and Ursula von der Leyen, not to mention the majority European People’s Party in the EP, from clearly identifying Islamism as a threat to Europe, there are no qualms about vilifying Russia as such. Indeed, the identification of Russia as their primal enemy is at the heart of their thinking. All they ever needed was an excuse.

© AP Photo / Manu Fernandez
Is Your Project to Unify Europe Falling Apart? Blame Russia
Bait and Switch. The Lisbon Treaty’s Article 42.7 was invoked after the Paris attacks where 132 people were slain. The clause provides a basis for an EU Army, which, since the attacks, is most often hailed as a way to confront Russia.

If anyone still has any lingering doubts that the EU is the historical successor to the Third Reich, consider how the SS was created as an autonomous political tool beyond the regular Germany army and how its power grew incrementally. The planned EU Army and NATO bear a similar relationship to that of the SS and the Wehrmacht. Consider also the defining mission of the Pan European Waffen SS which was “to defend European civilization from Jewish Bolshevism” and the EU Army’s guiding principle of, as Juncker states it- “defending EU values from Russia.”

In other words, just like the Waffen SS, the proposed EU Army is an instrument that welds military force with ideology in the name of a new order in Europe.

This fundamental restructuring of power on the continent is to be led by Germany: the recently leaked German secret defence paper on the issue makes that entirely clear with a clear provision that ‘German security policies have relevance far beyond Germany’ and that the German constitutional military ban on internal deployment should be lifted.

© AFP 2021 / Anthony Devlin
Project Fear: UK PM Compares Putin to Daesh as Brexit Circus Continues
While Britain is not maligned in the same way as Russia so often is in connection with the debate around Common Security and Defence, Berlin is bitterly aware that the UK is robustly opposed to the creation of an EU Army. Germany has sought to hide the issue- seeking to delay the release of the now notorious secret defence paper quoted above until after BREXIT.

But the specter of an EU Army has also been used as a bullying tactic in negotiations with Britain: Merkel attempted to link EU concessions on revised UK membership of the Union with British appeasement of German ambitions to create its planned new Euro force. One favour required another, explained the Germans with mafia style coldness. Unsurprisingly, the increasingly alarmed British government refused to play along.

Britain is now in no doubt that the strategic balance of power in Europe has shifted in Germany’s favour with the cost saving benefits of an EU army and the increased assertiveness of Germany on security matters an enticing prospect for an America that is well on the road to going broke and increasingly enamored with Merkel’s progress on multiculturalism and mass immigration.

Mama Merkel’s importation of 1.2 million Muslim migrants is designed to redeem Germany in the court of history, anchor the country to America’s cultural orbit, and set Merkel up beyond reproach as a moral superhero.

European citizens and the people of the Russian Federation now face a common enemy. That enemy is most certainly not the German people, or even the German state, but rather the elites and their integrationist ideology that have fastened onto the CDU and the European People’s Party in the same way as they have with the Socialist movement and the Party of European Socialists.

They not only enable mass migration, Russophobia, and the NATO build up in the east- they seek to crown it with an EU Army that can be used against anyone deemed to be against ‘Europe’s values:’ that is principally Russia, in their view, but it could be anyone else who gets in the way of EU integration, including the EU’s supposedly pro-Russian fifth column that the paranoid Martin Schulz has warned against.

Shared Values? Impossible to quantity, ‘defending European values’ could mean anything from oppressing Russian minorities in the Baltic, to crushing euroskeptics with armed force.

The EU project has always used stealth integration and achieved more than anyone suspected it ever could.  As its dark side emerges, and the Trotskyite-neo con ideologies at its heart form new and ever more unstable compounds, Europeans must refuse any further erosion of their national sovereignty and launch a political revolt before they are trapped in a power structure that will be impossible to remove, a yoke around their necks that is a politically correct smiley face laced with a bouquet of barbed wire.