Like it or not, but Donald Trump is poised to take the White House by storm in November. Five things explain his path to presidency.

© REUTERS / Rhona Wise
Structural Inefficiency: Trump Warns of ‘Very Massive Recession' Up Ahead
Now it’s clear that Donald Trump is virtually guaranteed to win the 2016 presidential elections. Five things explain why. First, despite his strong performance in the polls, Trump is seen as an underdog, assaulted as he is on all sides by the establishment and the press. It’s not only that Americans like underdogs; they like underdogs who are right.

A further irony is that all the abuse and venom being poured on Trump seems to do him more good than harm. In the very least, it keeps the man in the spotlight. With the public, the attacks on Trump are also engendering, even if out of a feeling of pure contrariness, a sense of rejection of the rival candidates. If the establishment is climbing the walls over Trump, the man must be doing something right.

That perception will certainly swell the ranks of Trump voters as the election day draws nearer. Second, Trump projects charisma and a strong personality. To his supporters, he is a safe pair of hands, able to provide leadership and whom they can trust with the country.

You can loathe him for being brash and breaking the rules, but there is no denying that in the course of his life he has built more things than your average politician. Some love and some hate him, but nobody is left indifferent. And that’s the thing that counts. Third, Trump boasts an election platform. He zeroes in on issues that resonate with Americans and offers solutions.

Immigration, de-industrialization and off-shoring of American jobs, runaway government spending and the multi-trillion debt, these are all the red-hot buttons that Trump pushes to provoke a reaction of people from all walks of life. Trump may be acting flamboyant and inflammatory, but most of the Americans, shell-shocked by decades of enforced political correctness, welcome the change. Fourth, Trump lays stress on the fact that he is not beholden to special interests. 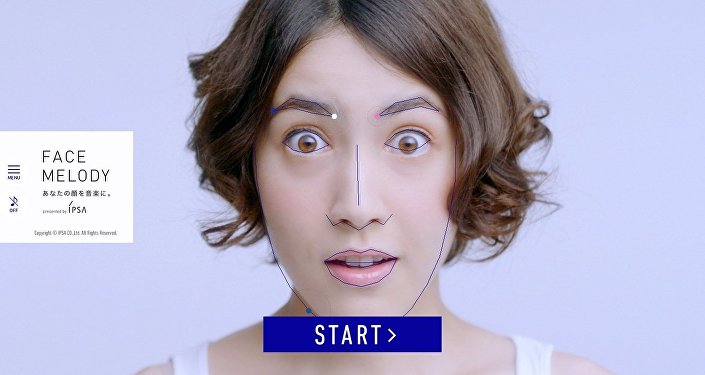 © Photo : Screenshot/face.ipsa.co.jp
Face the Music: Redditors Find Out What Trump, DiCaprio and Hitler's Faces Sound Like
That may or may not translate into a president Trump putting the interests of the people first. But what that has already accomplished is a revolution in American politics, where real power has for too long been lodged in the hands of lobbyists and the political class. Trump is being seen as actually trying to wrest the power away from the establishment for the benefit of the people. The voters appreciate the fact, and are eager to be part of the rebellion against the old order.

Are the above four factors enough for Trump to win the election? Well, not by themselves. All is relative, and candidate Trump is only as strong as his opponents are weak.

Luckily for him, his rivals just happen to look weak by comparison.

Which is the fifth reason why Trump must win.

Hillary Clinton can’t possibly beat Trump in a race for the White House. Her track record in public office has been horrible. Her candidacy is being weighed down by all sorts of ethical and legal scandals that make her practically unelectable. She might not even make it to a Democratic Party nomination. Nor does being a woman help; unfortunately, America is not yet ready for a woman-president.

They can pay lip-service to woman empowerment all they want, but come the crunchtime and the Americans will vote for a man like Trump. Besides, Clinton is all over the map with her policies: she struggles with issues, her election programs is devoid of substance, and she does not speak to the things that preoccupy Americans. While Bernie Sanders might perhaps give Trump a run for his money, for now it looks like he is being thrown under the bus by the Democratic Party apparatchiks eager to please the special interests that bankroll them.

So where does that leave us? Here’s the prediction: come next November, Trimp will be a shoo-in for the White House. If, of course, nothing happens to him before that.