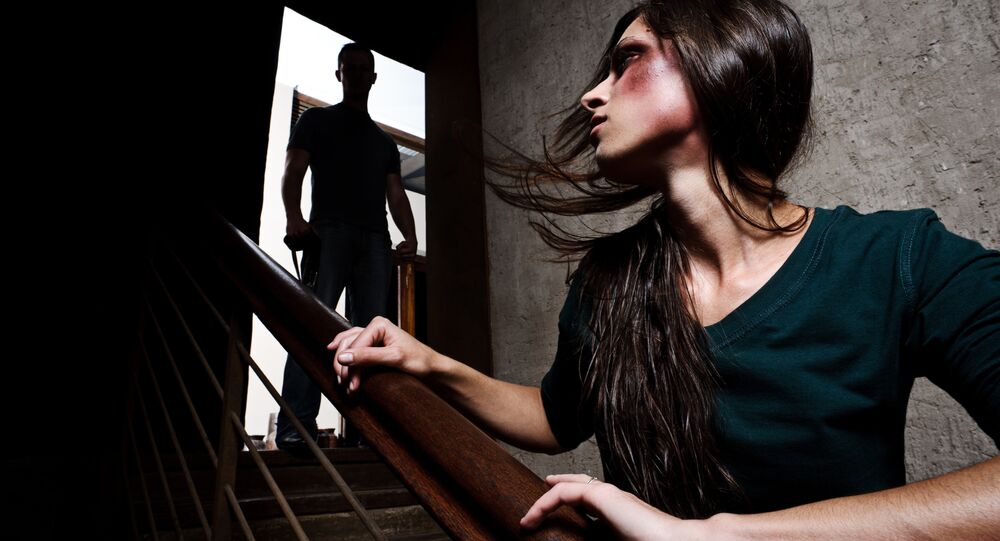 Every year, hundreds of thousands of women in Russia become victims of domestic violence. The government has set up women’s shelters to provide services for those fleeing from violence, but is is enough?

One out of two women in Russia (58 percent) has experienced domestic violence from an intimate partner. One of them is Julia, a 28-year-old sales manager, who is currently staying in a living room at her cousin’s place. Julia fled from her apartment last week after her boyfriend returned home drunk and laid hands on her… Again.

While talking to me, Julia tried to cover her swollen left eye, already turning purple, with shoulder-length brown hair. Her hand, with the traces of dark-blue marks around her wrist, slightly trembled as she lifted it to fix her hair behind her ear.

They’ve been together for almost two years and after six months of living together Alexei [Julia’s boyfriend] first hit her.

“He was really sorry the next day and said he’d never do it again. I believed him then,” Julia told me.

The young woman spoke softly as she recalled the events of last Friday. It was when Alexei’s large fist landed on her face and knocked her down on the floor that Julia finally decided to escape and seek help after two years of abuse and misery.

© Flickr / The Advocacy Project
Global Efforts to Combat Violence against Women Inadequate
During the early and mid-1990s, Russian women, fleeing from domestic violence, had fewer opportunities to seek help than they do now. There were very few social service agencies that specialized in helping victims of domestic violence. Things slowly began to change in the new millennium.

In 1999, there were 2,240 social service agencies specialized in family issues, but within 10 years that number increased to 3,363, according to a report compiled by Marina Pisklakova-Parker, founder of Russia’s National Center for Prevention of Violence (ANNA Center). However, out of more than 3,000 social service agencies across Russia, only 23 were geared specifically toward helping women.

Part of the reason why I think there aren’t enough women’s shelters is because Russia doesn’t have a specific law on domestic violence, which would criminalize the actions of offenders.

Often, it’s hard to prove domestic violence to police. The cases of domestic violence become criminal cases only when a woman suffers severe physical injuries or is killed. And even when offenders are taken to court, most cases are treated like a private family matter. In other words, if a man beat up his wife or girlfriend, Russian criminal law wouldn’t treat him any differently than if he were involved in a street fight.

To effectively persecute men who beat their wives and girlfriends, and decrease the rates of domestic violence, Russia needs a specific law that would define women as a collective group and specifically protect them from their partners.

If the Russian government really wants to combat the issue of domestic violence on a deeper level, then it should pass a new law criminalizing domestic violence. By passing the law, the government would acknowledge that the problem exists and recognize the rights of battered women. When this happens, not only would more offenders get charged for their crimes, but more social agencies, designed to help women, would eventually spring up.