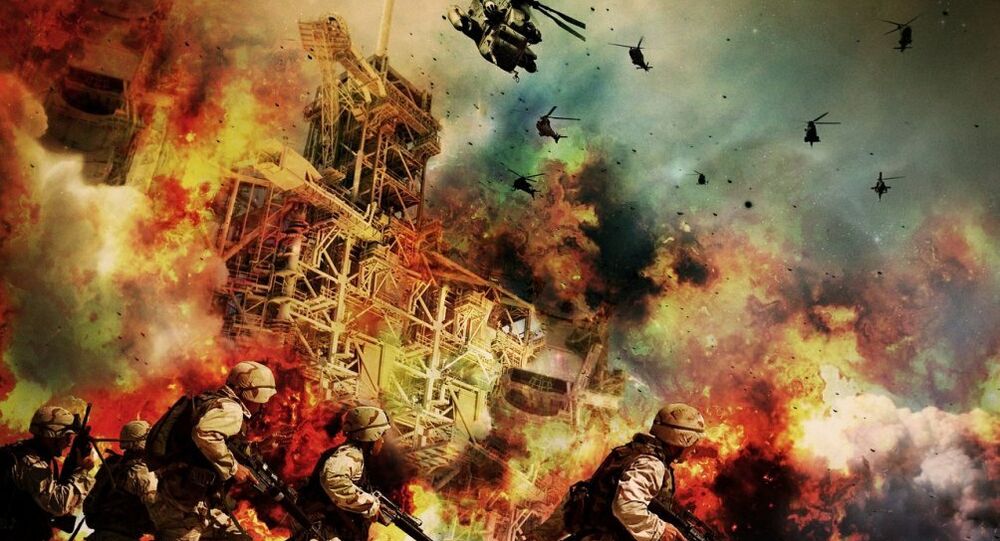 The War that the US helped foster in Syria is now providing US companies with the chance to profit handsomely. It is tragic that such drastic and terrible means have to be employed to generate massive arms sales.

The Downing of the Russian SU-24  by Turkey was an act of complete idiocy on the part of Erdogan has set the stage up for a new war. Putin is said to be so mad that he is hell bent on making Turkey pay. The speed at which Russia moved to cut ties with Turkey illustrates how serious Putin is. The S-400 units were deployed in record time into Syria with specific instructions to shoot down any foreign aircraft that violate Syria’s airspace. The moment these units were on the ground, all the members of the coalition team suspended flights in Turkey. The S-400 is a lethal piece of hardware, and once it locks on a target, there is very little chance of escape. Up until recently, Turkey violated Syria’s airspace on a daily basis. We suspect the Russians will wait for them to make one mistake and then legally take their planes down.

There is no polite way to say it, but Turkey acted in a cowardly manner when they downed the Su-24. A bomber is no match for a supersonic jet fighter, and there were two F-16’s waiting to ambush Russia’s Su-24. Furthermore, the Turkmen acted like true barbarians when they shot and killed the unarmed pilot, breaking all international rules when it comes to war. It is stunning that the US did not issue a stronger rebuke against Turkey or for that matter NATO.

US media is not covering it, but Russia unleashed a furious response and delivered a very heavy punishment to the Turkmen and all the rebels in the region the Su-24 was downed. Russia is going to systematically dismember these rebels. The next step will be to attack all the supply lines coming from Turkey and to arm both the Kurds and the Houthis. The kurds will be armed to give Erdogan a taste of his own medicine, and the Houthis will be armed as payback to the Saudis for supporting the rebels in Syria. The house of Saud has taken a big gamble, and they should seriously tone down their rhetoric against Russia. The  West still does not understand the mindset of Russians. When they get pissed off,  they will do the opposite of what you expect. Pushing  Putin now is simply asking for trouble. He has the full support of his people, and he is now ready to go after those that attack Russian interests. We still believe that there is a strong chance that Russia will attack either Turkey or Saudia Arabia to send a very strong message to the world, that those who cross the red line will be dealt with very severely. However, do not expect Putin to act in the same Stupid Manner as Erdogan. Putin is Ex-KGB, and he has a degree in economics too, this means that he will act only when he needs to, and his actions will be based on Cold logic and not in a hotblooded illogical manner as Erdogan did.

Our religious provocation index has soared to new highs, so we can state that without a doubt, Russia is now going to take the war to Turkey and NATO and anyone that tries to complicate Russia’s mission in Syria. Erdogan and Saudia Arabia should now forget about their grand plans of becoming the dominant players in the middle east; their time has come and gone. Iran will become the top power in the region and Russia will become the top player.  Most will argue against this, but we do not present our argument based on emotion.  The trend is completely against the U.S and its shady partners such as Saudia Arabia and Turkey. This tension has already triggered an arms race in the Middle East, and this is just the beginning of a massive build up; such arms races are good for Defence companies.

Open positions in the top defence companies out there; the table below provides a list of some of the top players out there. We will wait for our trend indicator to guide us into this sector.  Our suggested strategy is to wait for strong pullbacks before deploying new capital. The current strong pullback in the markets should be viewed as a buying opportunity.

If you live in Russia or can purchase stocks in Russian companies then, Russia has many top Defence companies that will make for great long-term investments and demand for Russian weapons is increasing. Two good examples are  Rosoboronexport and Almaz-Antey.  Russian arms sales are rising. In 2015 Russian arms sales topped the $15 billion mark and in 2016 the numbers are expected to rise.

This article is provided courtesy of the Tactical Investor, where psychology and technical analysis intersect seamlessly.