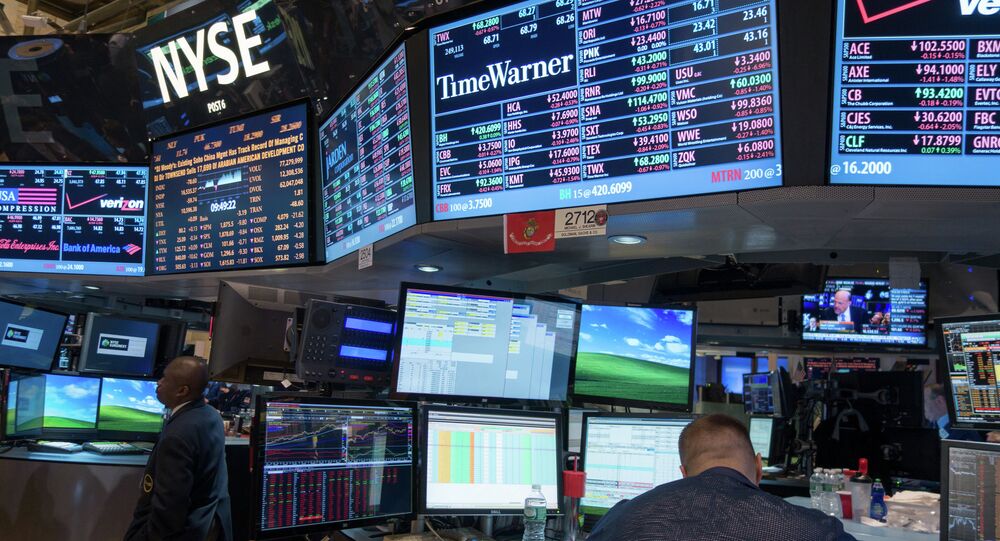 Companies buy back their shares to add value to their shareholders, but now they are using this trick to boost Earnings Per share without doing any work. This is legalized fraud at best.

Wall Street has a new hobby use good money to create the illusion that all is well; only unlike most hobbies, the intent is to distort reality and reward lazy insiders for doing next to nothing.  Gone are the days of actually trying to improve the bottom line, by improving efficiency, finding new markets, etc.; now the idea is simply cut the supply of outstanding shares, thereby magically boosting the EPS. Why are executives doing this with such impunity?  The “safe harbor” rule passed in 1982, essentially allows corporations to repurchase shares without having to face charges of manipulating the price of their shares.  Before the passage of this rule, stock repurchases were next to zero. In fact, Senators Elizabeth Warren and Tammy Baldwin both share the sentiment that stock buybacks should be forbidden by the SEC because they are a form of market manipulation.

In 1982, when the Securities and Exchange Commission (SEC) issued a rule to provide 'safe harbor' from manipulation liability, buybacks were near zero. Last year, over $500 billion was spent on share repurchases.

“These buybacks were treated as stock manipulation for decades because that is exactly what they are,” she said. “The SEC needs to recognize that.”

Does the SEC recognize that; apparently not as the SEC admits it not monitoring stock buybacks to prevent manipulation?  SEC chair Mary White made the following comments in response to a letter addressed from Senator Baldwin

White goes on to state that “because Rule 10b-18 is a voluntary, safe harbor, issuers cannot violate this rule.”

Druckenmiller told CNBC in March that he is extremely concerned about the doubling in U.S. corporate debt to roughly $7 trillion, up from about $3.5 trillion in 2007. "Most of that mix has been in more highly leveraged stuff," he said. "And if you look at what corporations have been using it for, it's all financial engineering."

“Pension funds have to make 7.5%,” so they are putting their money “in these levered credit funds that mimic Long-Term Capital Management in the 1990s.” Those funds, in turn, “buy enormous amounts of corporate bonds from companies which put cash onto company balance sheets…and they use it to jack their stock price up, either through buybacks or mergers and acquisitions…It’s just a daisy chain of financial engineering and it’s probably going to intensify in coming years.”

"If you're running a business for the long term, the last thing you should be doing is borrowing money to buy back stock."

“It is critical … to understand that corporate leaders’ duty of care and loyalty is not to every investor or trader who owns their companies’ shares at any moment in time, but to the company and its long-term owners,” Fink wrote in the letter, dated March 31, 2015.

He labels share buybacks as the “The World’s Dumbest Idea,”.  He states that shareholders are not providing capital to corporations but are instead extracting it and demonstrates that since 1980 public companies have repurchased more equity than they have issued.

In 2012 the 500 highest-paid executives named in proxy statements of U.S. public companies received, on average, $30.3 million each; 42% of their compensation came from stock options and 41% from stock awards. By increasing the demand for a company’s shares, open-market buybacks automatically lift its stock price, even if only temporarily, and can enable the company to hit quarterly earnings per share (EPS) targets. Full Story

Bottom line, they can do what they want without having to worry about any repercussions. It’s like giving a prisoner the keys to the cell and telling him to make sure the door to the jail cell remains locked at all times.

Stock repurchases are nothing but a nefarious, albeit cunning account trick to inflate the widely followed earning per share statistic for a stock.  The old way of increasing EPS was to increase profits, but the cunning and gray method is to decrease the number of outstanding shares.  In the present environment of tough corporate profits, this simple trick can make the difference between demonstrating declining or rising profits.  In this ultra-low interest atmosphere, cash is cheap and given the challenges most corporations face in improving the bottom line, taking the easy out makes sense.  Most executives see this as a win-win situation; get paid handsomely for doing nothing.

In a recent report, CNN money states that that dividend and stock buybacks will new a new high of $ one trillion in 2015.  Gold Sachs is expecting that number to surge for 2016; they state this number will increase by 7% in 2016, surpassing the one trillion mark.

Everyone is joining the party now because it’s the easiest way to improve the bottom line; just take a look at some of the recent participants

Despite all the noise, nothing is going to change on Wall Street for greed overrules everything else.  Morales are meaningless in the land of lust and greed, and unless strict new laws are put in place or the safe harbor rule is repelled, nothing will change.  Why would executives take a large pay cut when they can legally take this route, do next to nothing and walk away with a fortune.  Would you do things differently if the roles were reversed?  Maybe some of you would respond with a yes, but the vast majority would probably be only too glad to follow the same path.

As long as compensation is based on share performance, except the outlook to worsen.  The era of cheap money only adds fuel to an already raging fire. Against this backdrop of so-called wonderful growth, share prices have doubled over the past five years and so has corporate debt. This party will not end well, but waiting for that day, could mean financial loss for you. There is a vast chasm that separates being right and being right at the right time. Wall Street is lined with Tombstones of people who were right but could not stay solvent long enough to benefit from their convictions.  We expect corporate to debt to soar to heights that could make the current levels appear sane in nature. Translation, stock prices could continue trending upwards for far longer than most envision.

The first and worst of all frauds is to cheat one's self. All sin is easy after that. Pearl Bailey