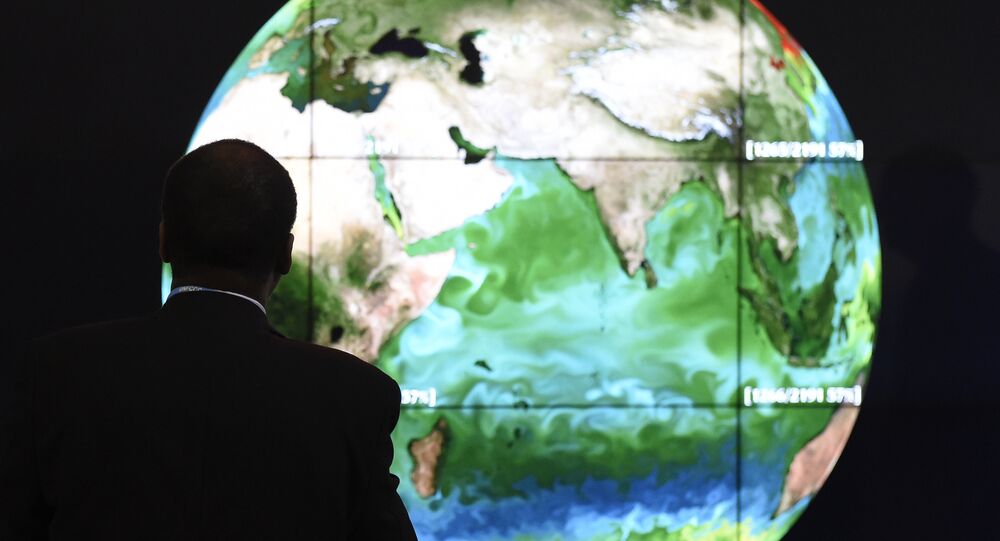 Many of the scientists and politicians attending the UN Climate Summit in Paris (COP21) warned of greenhouse gases approaching a “worst case” scenario. Now, as the world’s environmental issues are becoming acutely and unequivocally serious, there’s an air of fearful dread, and of hopeful anticipation too. Within this synergy of plusses and minuses, no potential seems more hopeful than that of nanotube technologies.

"Russia has developed technology for using carbon nanotube based additives. Experts estimate that use of this technology in Russia alone will reduce carbon dioxide emissions by 160–180 million tonnes by 2030.” President Vladimir Putin – COP21 Paris, November 30th, 2015

© Photo : Kremlin
Russian President Vladimir Putin Speaks at Climate Change Summit in Paris
For those unfamiliar, carbon nanofibres and nanotubes can be used to make very light, very strong, materials. It’s fair to suggest they can be utilized to make “immensely strong” materials, which brings us to the ultimate potential to impact everything from transport to housing and on to medical technologies.  But the structural advantages of these new carbon fiber technologies are only half the hopeful potential. New methods for literally “sucking” carbon from the atmosphere and then converting it to oxygen and nanoscale fibers made of carbon  may lead to an inexpensive weapons against climate change.

The possibilities for using carbon fibers are literally endless. Already sectors from Aerospace to automotive and vast retail manufacturing applications are presented to the consuming public. Race cars to smart fabrics, this micro-thin wonder creation has been prohibitively expensive in the past. This barrier has been overcome recently with innovation from the Nanotechnology Incubator in Akademgorodok, more specifically a Russian physicist named Mikhail Predtechensky, who co-founded the world’s leading nano-technology company OCSiAl. The Company’s product, TUBALL contains 75% and more of single wall carbon nanotubes (SWCNTs) than previous materials, and can be produced 50 to 100 times more cheaply than competing materials. I spoke with OCSiAl’s Director of Marketing, Ksenia Kulgaeva in tehe Moscow offices via phone about the potential of TUBALL in environmental applications.

As it turns out, OCSiAl products are what I call “foundation materials”, or materials fundamental to the value added production of other technologies and products. I was, I will admit, not aware of this before talking to Ms. Kulgaeva. We also discussed her company’s market focus, as well. Given Russia’s penchant toward Asia of late, I was keen to discover this technology’s adaptation in Asia.

As it turns out, TUBALL is has been a catalyst for a good many strategic alliances, including one with a key SME enabler in South Korea, CM Partner, a leading contract manufacturing service (CMS). Using the TUBALL BAT product as a stepping stone to other applications, the two companies aim to ramp up to sell directly to end users, beyond the B2B sphere. We know that lightweight nano-tech reduces the energy needed to move vehicles, and it’s clear nanotubes and fibers can be formed from the carbon in CO2, but OCSiAl is also engaged in making electrical current and power more efficient. Kulgavea had this to say about the CM Partner deal:

"A recent OCSiAI Asia Pacific initiative offers us a practical application template that's sure to positively affect the greenhouse gas situation. Through our partnership with electronics manufacturer CM Partner Inc. in South Korea, we will supply our unique material known as TUBALL, to be used in Li-ion batteries with dramatically improved performance. These batteries will in turn be used to power vehicles such as SUNBIKE, a super eco-friendly motorcycle."

© Photo : OSCiAL
Victor Kim, CEO at OCSiAl Asia Pacific Co (L) and Byeongse Lee, CEO at CM Partner
Nanotube technology dramatically affects not only weight and strength of materials, but also the electrical and thermal properties of a host of materials like polymer composites, rubber, metal, and many others. Just this motorcycle example provides us with a lot of hope for the future of nano-technology as a planet saver. There used to be this dogma illustrated by the term “cradle to grave”, speaking of inception of a product to disposal.

Writing this report I am imagining a electrically power nanotech motorcycle made from  materials ten times stronger than steel, and a tenth of the weight. This super-bike is powered by an energy cell of unbelievable efficiency, essentially as if “plugged into” a wall socket. Furthermore, my vision extends to seeing CO2 or Methane extracted from the atmosphere, in order to produce all the components of the bike.

And this is just one application of nano-technology. Imagine the possibilities of creating artificial muscles from nanofibers. What if damaged hearts could be rebuilt using materials stronger than original tissues? Nanotubes are just this amazing as so-called “wonder technology”. Other key properties of the materials are; thermal conductivity higher than that of diamonds, a greater mechanical strength than steel, and better electrical conductivity than copper.

Dr. Michael De Volder, of Cambridge University’s Institute of Manufacturing, was only hopeful of single wall nanotube production capacity back in 2013, when he told New Electronics:

“Carbon nanotube related commercial activity has grown most substantially during the past decade. Since 2006, worldwide nanotube production capacity has increased at least tenfold.”

The Cambridge professor was highly enthusiastic back then, but with some reservations about big steps in single wall nanotube production capacities. Today companies like OCSiAI, and licensees or niche producers like Brewer Science, Hyperion, have new impetus for ramping up production capabilities. OCSiAI predicts that the demand for carbon nanotube (CNT) will reach 3,700 plus tons per year by 2020, and there’s no argumentation there.

As you can easily glean, the prospects for nanotube technologies are enormous. The concept of using nanotubes to construct three dimensional macroscopic building blocs, further amplifies the potential. By making these new “scaffolds” using single walled and multi-walled nanostructures, can be used for the fabrication of the next generation of energy storage, supercapacitors, field emission transistors, high-performance catalysis, photovoltaics, and biomedical devices and the aforementioned implant possibilities. Single wall nanotubes (SWNT) can also be used to store gases like hydrogen H2 at high density without condensing the gas to a liquid. Such research may soon lead to the most effective substitute for gasoline yet discovered.

All-in-all, nanotube engineers and scientists may well be “planet savers” yet. Combining the positive effects of these multi-dimensional technologies, those of solar, wind and wave power solutions, and other material science possibility is certainly hope inspiring enough. In a world weighted down with problems, and negativity too, it’s refreshing to see the study underneath growing solutions we can live with. Perhaps our world can live on, from inception until a supernova, rather than being snuffed out early by our own lack of ingenuity.