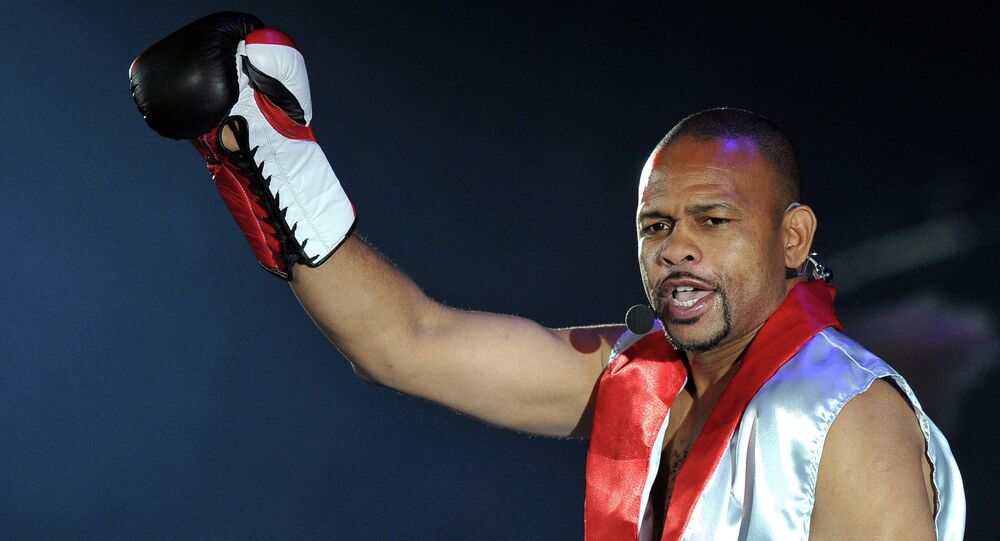 What’s Eating Roy Jones Jr: When Should The Boxing Legend Hang Up Gloves?

Saturday night, Roy Jones Jr. is fighting his 71st professional fight against Enzo Maccarinelli in Moscow. Regardless of an outcome of the match, Jones should quit fighting in high-level professional boxing to take care of his aging body and prevent a permanent brain damage.

As a big boxing fan, I was thrilled when Roy Jones Jr., my favorite boxer, whom I consider as one of the greatest champions in the history of the sport, announced that he'd be fighting Welshman Enzo Maccarinelli, a former WBO cruiseweight champion, on December 12 in Moscow.

Many Russians, including myself, were even more excited about the upcoming bout because Jones is now a Russian citizen and we can all now support our "own" athlete fighting in Moscow.

Many wonder why Jones still keeps on fighting at the age of 46. Does he struggle financially and fears that retirement would leave him broke? Certainly not, Jones is most likely doing well for himself, considering he's been working as a boxing commentator while simultaneously endeavoring into the world of music and cinema.

Jones fights purely for his love and passion for boxing. He must truly believe he can still beat best boxers out there and capture another championship belt. However, I think Jones' desire to continue fighting is a bad decision, as he's not only risking his future health, but also might be putting at stake his own legacy.

Before his second fight with Antonio Tarver in 2004, Jones was an undefeated boxing phenom with the professional record of 49-1 [his only loss happened as the result of disqualification after Jones accidentally hit a downed opponent]. During the early and mid-1990s, Roy Jones was an exceptional athlete. He had the perfect combination of ridiculous speed, cat-like reflexes, power, a natural talent and an outstanding technique. Put it simply, Jones was the true definition of the word perfection when he was in the ring.

I always thought Jones was at his best when fighting at no heavier than the super-middleweight division [a weight-class division in professional boxing in which athletes weigh in at no more than 168 lbs or 76 kg]. Mind you that Jones received a silver medal at the 1988 Seoul Olympic Games at 71 kg and started his professional career fighting at the middleweight.

When Jones started to climb heavier weight classes, knocking out his opponents even at heavyweight, some boxing experts suspected him of doping to gain all that muscle weight. In 2000, Jones tested positive for androstenedione, a testosterone-boosting drug banned by the International Boxing Federation (IBF). Joe Rogan, a UFC commentator and expert in martial arts, said that it was the testosterone-enhancing drug that helped Jones to gain muscle weight, keep his body sharp, fast and powerful. But as soon as Jones came off of the drug, he was no longer the same athlete that he was before his ascend at heavier weight classes.

Athletes on androstenedione have abnormally high-levels of testosterone, which among other things help to enhance athletic performance; however, as soon as people stop taking the drug, their natural levels of testosterone production no longer function properly, causing the lack of the hormone in the body, which in turn leads to the deterioration of athletic performance.

When caught using the testosterone-replacement therapy, Jones apologized to his fans and said he wouldn't take the drug again. Soon after the incident Jones returned to fighting, but his body was no longer the same as it used to be. His deterioration began and trouble was brewing.

During Jones' second fight against Antonio Tarver the world witnessed what many back then thought was impossible — Jones was knocked out in the second round of the fight. Though some claimed it was a lucky punch that Tarver landed, I think that moment was the beginning of the demise of the Great Roy Jones' career.

In his next fight against Glen Johnson, which Jones fought four months after his knockout loss to Tarver, Jones was knocked out again. This time, a punch to Jones' head was so powerful that the boxer was knocked out cold with his feet stiff and hands in the air. It was a painful scene to watch Jones lying on the floor for almost 5 minutes, while doctors trying to massage the back of his head to bring him back to senses.

After that Jones had two more brutal knockout losses. Following one of them, Jones couldn't say the word spectacular while giving an interview. That was uncomfortable to watch and some argued it might have been the first sign of a serious brain-injury.

So when should Jones retire? Well, it's the question that can only be answered by Jones himself. Russian media advertised the Jones-Maccarinelli fight as the last chapter in Jones' career. I hope it's true and after this fight Jones retires in dignity.

To be frank, Jones is long past his sell-by date. With a win or a loss on Saturday night, Jones should seriously contemplate hanging up boxing gloves before a permanent illness creeps up on him. At the end of the day, Jones gave us spectacular knockouts and flashy action for decades. He's a future hall of famer and will always stay as one of the greatest boxers ever stepped in the ring.