The Russians Did It 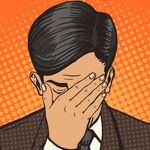 Welcome to the treasury of all things Russia did... not do. Take a considered view of all the allegations usually accepted as incontrovertible fact by the mainstream media. It all started when the Russian intelligence services hacked the Democratic National Committee and John Podesta's emails, and helped Donald Trump get elected. Then of course, the world realized that Russia had masterminded the UK's exit from the EU. Russian twitter bots went crazy, swarming into an undefeatable army spreading fake news to every corner of the globe. If that wasn't enough, Russia hacked Dutch elections as a warm up for interfering in the French and German ones. The Dead Sea is dying because of Russia too. What does Russian gain from it? Only creators of the fantasy realm can tell you that. Meanwhile the frantic blame game is nowhere near over. Don't miss the latest round of the always unsubstantiated, occasionally ludicrous but always illuminating blame game!