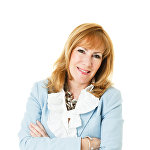 Janice was elected to the European Parliament in 2014 to represent the south east of England. Janice fought a marginal constituency for the Conservative Party in the 2010 general election and later became a member of the UK Independence Party.

She joined the Conservative Party aged 16 years old and campaigned for Margaret Thatcher’s election in 1979. Her political heroes are Churchill, Thatcher and Norman Tebbit.

She works with European partners in the ENF group from across the political spectrum, representing millions of citizens, working to bring a European perspective to the UK In/Out referendum on June 23rd 2016.

Janice Atkinson is a leading member of the new populist right which believes in Brexit, President Trump and a new European order based on independent nation states trading freely and peacefully.

Brexit: what's next?
Voted:
All polls
Ok
Ok
Do you have a Sputniknews.com account?
YesNo