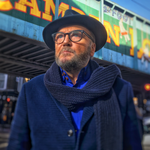 George Galloway is a prominent politician, broadcaster and writer.

A member of the British parliament for almost thirty years, author of seven books, maker of three films, presenter of some of the most iconic British broadcasting moments on television and radio. He is a renowned orator and fearless advocate. He has been closely associated with Russia for 50 years. He is married with six children and lives in Scotland.
All Articles
Get more