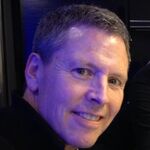 Andrew White is a public affairs, media and government relations specialist having previously worked at Philip Morris International (PMI) as a vice president in various senior corporate affairs assignments around the world, and as managing director of the American Chamber of Commerce in Indonesia, based in Jakarta, where he directed policy, government advocacy, public affairs and communications on behalf of American corporations. In 2014, Andrew returned to Russia, where he had previously worked, and currently lives in St. Petersburg.