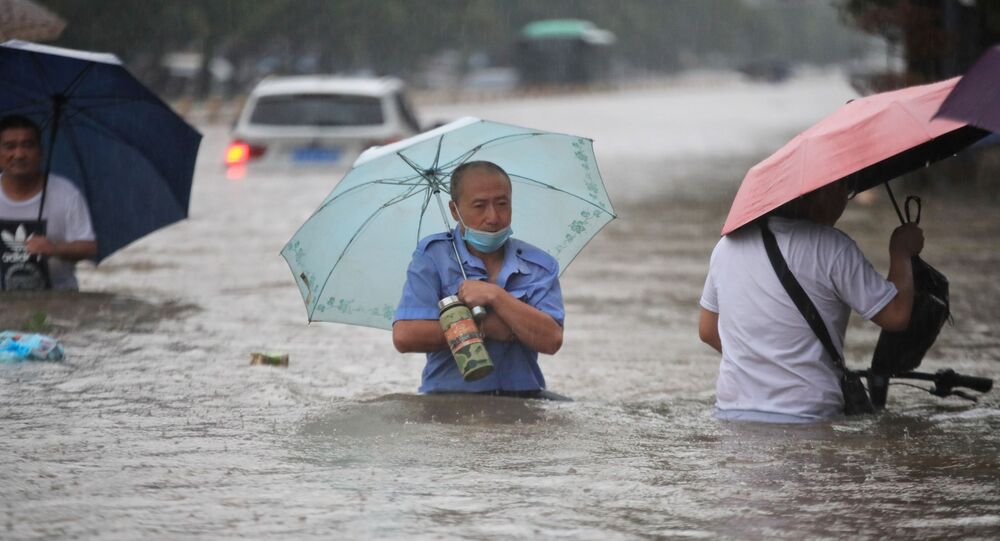 About 200,000 People Evacuated From Flood-Hit Zhengzhou in Central China

BEIJING (Sputnik) - Some 200,000 people have been evacuated from the city of Zhengzhou in the central Chinese province of Henan over a massive flood, the city administration said on Wednesday.

More than 20,000 people are involved in rescue operations and eliminating the consequences of the flooding, the statement added.

Record rainstorms have hit the city over the past 24 hours, resulting in massive flooding, power outages, and traffic disruptions. The flooding reportedly left 12 people dead and destroyed a dam near Zhengzhou.